When waiting for the iPad Air 2 to hit the market, we have to go back to the first iPad Air and give it some credit for what a revolutionary tablet it was when it was released. The tablet came with a Retina Display that measured 9.7 inches and it was 30% lighter than the previous iPad, the iPad 4. The tablet has a very powerful processor which was also seen on the iPhone 5S: a 64-bit A7 processor. At the time, Phil Schiller (Apple’s Senior Vice President) stated: “This is our biggest leap forward ever with a full-size iPad.”

The iPad Air came as a direct competition for Samsung’s Galaxy Note 10.1 which qualified as a 10 inch tablet with a great screen resolution of 2560 x 1600 pixels. The processor that powers the Galaxy Note 10.1 (2014) is a quad core working at 2.3GHz. We can see that the device supports 3GB of RAM and multiple options of internal memory: 16GB, 32GB and 64GB. As for camera, the tablet has quite good specs for a tablet: an 8MP primary camera and a 2MP secondary camera. But without further ado, let’s see the comparison between the two tablets to figure out which one is the best.

The iPad Air comes with a slightly smaller display of 9.7 inches with Retina Display, where as the Samsung Galaxy Note 10.1 (2014) comes with a 10.1 inches display which is a LCD model.

Apple equipped the iPad Air with a 64-bit A7 processor. Samsung equipped its own tablet with a quad core (Krait 400) working at 2.3GHz and a Snapdragon 800 chipset from Qualcomm.

iPad Air’s battery unit can last up to 10 hours of multimedia playing time.
The Samsung Galaxy Note 10.1 has a capacity of 8220 mAh on its battery. 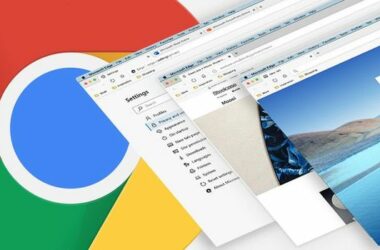 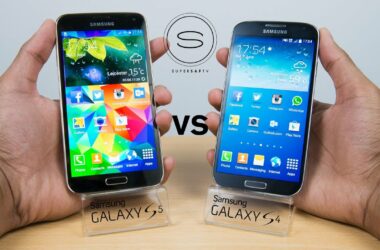 Samsung Electronics has come to the fifth generation of Galaxy smartphones with the release of Galaxy S5. This…