The Nexus 5 device from Google has just been released on the market, and we thought what better time to do a comparison between this handset and its predecessor, the Nexus 4? Read further to find out what differences did Google present with the new smartphone, and if it is worth the buy.

Google equipped the Nexus 4 with an IPS HD WXGA display measuring 4.7 inches. The touch screen can render a resolution of 1280 x 768 pixels and it presents a pixel density of 318 pixels-per-inch. The device also features Corning Gorilla Glass which holds great scratch resistant capabilities. The device does have a glass coat which can be shattered when introduced to shock – so if you are a clumsy person, this is not the best device for you.

The Nexus 5 is actually designed to be better in this department, coming with a polycarbonate exterior case (similar to Nexus 7’s own back cover). This device comes with a larger 4.95 display which is an IPS full HD model. This device has a higher pixel density of 445 pixels-per-inch, and is also equipped with the Corning Gorilla Glass 3. Surprisingly, the new handset is lighter (weight: 130 grams) than its predecessor (weight: 139 grams).

The Google Nexus 4 is powered by a quad core processor working at 1.5 GHz accompanied by a Snapdragon S4 Pro chipset from Qualcomm. This device comes with 2GB of RAM and three options for internal memory: 8GB, 16GB and 32GB (the memory is not expandable via microSD card).

The Nexus 5 comes with a quad core processor clocked at 2.3 GHz paired up with the Snapdragon 800 chipset from Qualcomm. As for RAM, the Nexus 5 also comes with 2GB of RAM, but only comes with two options of internal storage capacity: 16GB and 32GB (the memory is not expandable by using a microSD card).

Both devices come with an 8MP main camera and a 1.3MP secondary camera. While both handsets have features like: 4X digital zoom, LED flash and autofocus, the Nexus 5 also has high dynamic range and optical image stabilization.

Windows 9 is waited to be released in April 2015, and it is considered the “crucial” product that…

Adobe Flash Player is an indispensable program for all internet users. The flash player application enables users to… 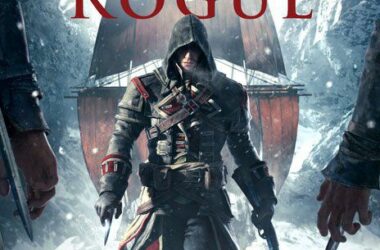 Assassin’s Creed Rogue Heading to PC In The Near Future