Farmville 2: Country Escape asks players to build their own farm from the basics.

For doing this, the player will need plenty of resources, such as crop fields and mills for converting the crops to their final products and a lot more. Players can also spend real money for acquiring these items soon, but if they have a little patience and use these tricks and tips, they can level up fast enough, even without using any real money.

It is very difficult to obtain keys in this game, so the player is advised to hold on to the in-game currency, until he really needs them. Do not waste the keys for rushing up the tasks. It is suggested that the player performs the smaller tasks when playing this game and begin the longer ones just before quitting. This will help them to continue without having the game open.

The best and quickest way of getting cash along with XP is to sell the crops along with finished goods at the Farm Stand. After unlocking the Farm Stand, players must check it out and find out what they will get for their goods and their crops. These will usually be more than what they would get, in the usual Farm Orders. Don’t sell crops that you might need for unlocking a task, as these can be saved and used for finishing the tasks.

Farmville 2 offers a daily spin every day, where the player has the opportunity of getting bonuses. After the player has unlocked this feature, he or she can launch it every day and collect the daily spin bonus. If the player launches the game every day, he will get a higher or better bonus, especially if he does not miss a single day.

Keys must be saved, but they can be used for specific purposes. For instance, players can use the keys for upgrading the barn. The barn needs expanding from time to time, as there is a limit for the amount of crops that can be stored in them. If you want to stock up a pile, you can expand the barn using keys, as you might otherwise run into storage problems.

Players can also earn more cash by visiting their friends’ farms regularly. Sometimes, visiting friends’ can also give them more keys. This must be done on a daily basis. In addition, players can also spread Friendship Fertilizer to get rewards.

There is no need to spend real money, but if players feel like, it they can spend it on Keys and not on coins. This will help them to move in the game more quickly. Coins can be easily got in the game and players will only need coins for building tools or for buying additional land. Crops and other items are also quite cheap and don’t need much coins. However keys are more valuable, as players might not get them so easily. They are also very useful for many features and upgrades.

When the player joins the game for the first time, he or she will be prompted to connect through the Facebook account. Even if the player has not done so, he can change the settings and connect with Facebook. There is no need to spam friends in Facebook, but the advantage of doing this is that the player will get additional 25 keys for free by doing this. Players can also just collect the reward and then unlink the friends on Facebook.

Battlefield 3 Punkbuster Bans Are Being Revoked

If you are still playing Battlefield 3 like most other people, be warned that the newly implemented Punk… 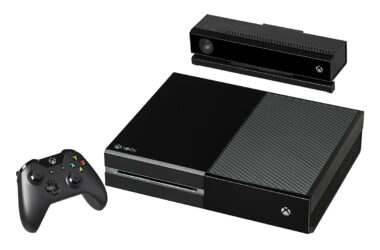