One of the most expected games, Fallout 4, has finally been confirmed by Bethesda.

Even if we didn’t get any news about Fallout 4 at the E3 2014, it seems that a representative of Bethesda opened his mouth and assured us that the game is under development.

GNR_Informant from Reddit, got this information from Bethesda’s PR officer, who said that the action of the game will take place in Boston and it is direct sequel of Fallout 3, meaning that a few groups will return to Fallout 4. Boston in Fallout 4 will be changed, having some buildings with a futuristic look.

As for the leveling system, it seems that Bethesda is not planning to change it like it is currently in Skyrim, and they want Fallout 4 and Skyrim to have different leveling systems. This is mostly due to the fact that there were many complaints in the past about Fallout 3 and Oblivion, because the games looked very much alike. However, Bethesda wants to introduce a system that is similar to Skyrim, which allows you to level up your skills if you do some specific tasks.

Cyberland said that Fallout 4 will most likely come next year, in autumn, while being presented at the E3 2015, but these are only speculations.

Joshua Sawyer, a video game designer, said that he would like to work on the upcoming Fallout sequel and that he has a lot of ideas that he would want to implement in this game. Sawyer also added that working on the Fallout series is always fun and that he’s inspired by the people and landscapes from the West Coast. He said that the place intrigues him and if Bethesda will give him a chance, he will like to capture the charm of the place.

Sawyer said that he has a custom MMO environment in mind that will make the next installment a great game. He considers Ultimate Online as a brutal game, but what he has in mind for Fallout 4 is 5 times more brutal. However, if the rumors are right, and if Bethesda is working already on the Fallout 4, it is unlikely that Sawyer’s ideas will be implemented.

If there is one absolutely trusted company name on the Internet, it is definitely Google. Google has certainly… 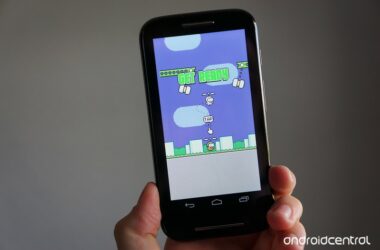