Many fans are waiting breathlessly for the new Fallout sequel, the Fallout 4 from Bethesda. However, nothing is so far known about the exact release date of the sequel. It was tweeted by Erik Dellums in 2013 that the game would probably receive a sequel, but Bethesda remained silent. Many fans also hoped that there would be a release date announced at the E3 this year. However, Pete Hines, who is the marketing executive of Bethesda has made an official statement that all rumors regarding the release of Fallout 4 are baseless. The game is still in the development stages and there is no solid news regarding its release. There are two more big events coming up in 2014, namely, the Tokyo Game Show and the Gamescon. Fans are expecting that Bethesda will give some official news during these events.

Fallout 4 is the latest and upcoming game by Bethesda Game Studies, the series being published by Bethesda Softworks. Bethesda has the license to create the three games in 2004, these being, the Fallout 3; Fallout New Vegas and Fallout 4. Bethesda also has the rights for a Fallout MMORPG. They surely intend to make more of the game series and develop it, just as they did The Elder Scrolls game.

The game has been speculated to be in production stages since August 2010, but there is no announcement about any product being developed in the Bethesda studio. However, Bethesda has hinted that they will create more titles for the Fallout series. The Bethesda store also offers many memorabilia from the game series.

Fallout 4 is probably going to be an action RPG game, which is set in a futuristic post apocalyptic era. The game is played in an alternate universe and is based on pulp science fiction of the 50s. It is as though the world continued to remain in the optimism of the 50s and found itself amidst a dystopian reality of a post apocalyptic period. The game will be a sequel to the other games released previously, Fallout; Fallout 2 and Fallout 3.

Many fans are also considering the possibility of the game being an MMORPG one. Bethesda has the rights for the MMORPG and it is now developing it with the name Project V13. However, it does not seem likely that Bethesda Softworks will create an MMO for the series. There are many other MMORPG studios owned by Zenimax Media, which is the parent company, which are more suitable for creating such a game series. Bethesda Game Studios will develop Fallout 4 and it will be published by the Bethesda Softworks Company. The game is also likely to be developed by the same team that created Fallout 3, though the exact list of the developers has not yet been released. It will probably have an M rating, similar to other Fallout games. This is because the themes of the Fallout Universe have a mature background with a lot of gore present in the storyline. Regarding the characters of the new Fallout 4, it is likely that Erik Todd Dellums, that is, the Voice of Three Dog, will be used along with the character.

It has been a few years since the entry of a Fallout series and this seems to be the prime time for Bethesda Softworks to announce their next iteration of this science fiction RPG series. There is surely no shortage of fans willing to lap up anything that comes up next. Their two major series consist of Fallout and the Elder Scrolls, with these two coming up alternately.

Flappy Bird vs 2048? Why Choose One When You Can Play Both Simultaneously?

What do you get when you combine two very addictive games? You get an extremely ingenious creation that… 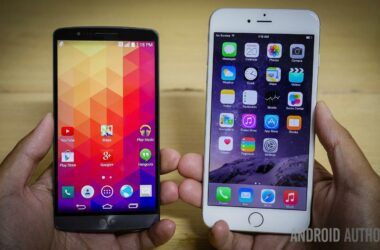 Apple has finally entered the market of phablet smartphones. With its iPhone 6 Plus, the company has decided…

Google Talk – Top Reasons Why You Should Download the Free Update

All of us know Google Talk. It is the trusted and reliable instant messaging and calling application that…