The Fallout franchise is one of the biggest RPG series in gaming history and the latest entry, Fallout 3, is considered one of the best games. The story is set in a sprawling post apocalyptic environment. It is a very addictive game to be followed by Fallout 4.

Fallout 4 is a soon to be released game of the post apocalyptic, RPG series, developed by Bethesda Game Studios, published by Bethesda Softworks. The three Fallout games, namely Fallout 3; Fallout: New Vegas; and the upcoming Fallout 4 franchise was purchased entirely by Bethesda in 2007. Bethesda is also the owner and developer of The Elder Scrolls, another popular MMORPG game.

Though Fallout 4 has not yet been announced it is one of the most anticipated games on the Xbox One, the PC and the PlayStation 4. Fallout 3 was launched in the year 2008 and soon after, speculation was rife regarding Fallout 4. Most of the news circulating about the upcoming game is only rumor and not confirmed. Bethesda has started work on Fallout 4 sometime in February 2012, as they had started hiring programmers for a game that had not yet been announced. A year ago, the developers had finished Skyrim DLC work and announced that they were now focusing on their new game, probably Fallout 4.

It is not sure as to what stage the project of Fallout 4 is in, now. Based on the development of Fallout 3, it seems that the sequel is not too far away. F3 started in 2004 but it was released only the next year after 19 months. On the basis of this timeline, it is fair to expect that Fallout 4 will be released sometime in November this year. Fallout 4 is being created for Xbox One and for PS4. If the developers have plans for releasing it on PS3 and the Xbox 360 also, there will be additional work and the release might get postponed to next year, with a 2015 launch or a launch at Christmas next year. Fallout 4 is going to be a huge game and will take a long to create and construct.

Leaks about the New Plot

There are rumors that the game will not be set in Washington DC or in New Vegas. It seems that Boston or Massachusetts will be the central setting for the upcoming Fallout 4. Certain casting documents have been leaked supporting this theory. The documents are connected with missions that involve the Massachusetts Institute as well as the Commonwealth. This shows that the game will most probably take place in Boston. The disc jockey, Three Dog, already seen in Fallout 3, also seems to be coming back in Fallout 4. It will probably be relocated from Washington DC to Boston. The leaked documents also discuss Travis Miles, a disc jockey. However, it could also be that there will be a new radio station that is manned by Three Dog. There might be many more stations for players to choose from in the new Fallout 4.

Fallout series usually has a monologue in the beginning of every chapter. Ron Perlman delivered this monologue. However, it seems that there is going to be a change in Fallout 4, with the character player speaking in the opening, rather than an unknown narrator. In the beginning of the game, the player character is supposed to wake up from his cryogenic sleep, being asleep since the time the war started.

There is no news regarding the central story of Fallout 4. It will probably be in the form of a first person shooter. However, there is a possibility of opting for switching over to a third person shooter as well. It is also assumed that the VATS or Vault tech assisted targeting system will continue to remain. It consists of blowing the mutant’s head and bouncing it off. The game is probably set in 2299, about 22 years after Fallout 3.

The LG G3 is one of the best smartphones that were released in 2014. Although it’s not dust-water… 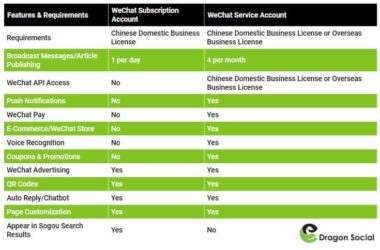 Some Features That Make WeChat Different From Its Competitors

The word WeChat is derived from the Chinese term Weixin that means micro message. This app has its…