Clash of Clans is a fun game, but you will get into trouble when the upgrades become expensive and it can take days for your gold mines and elixir collectors to gather many resources.

I. Getting ready to Farm

Farming is a term used when you start attacking weaker towns in order to get their resources. In order to attack weaker towns, first you will have to lower your Trophies – you will intentionally lose some battles.

Before you start farming in Clash of Clans, make sure that your village is configured so that the defensive buildings can protect your resource storages, in order to not lose them if someone attacks you. Use the tips below for a better protection of your resources:

– Protecting your storages: You are farming for resources, this means that many players will want those big amounts of resources and they will attack you, hoping that they will steal them from you. You will want to place the storages in the center of your village, surrounded by walls and defensive buildings.

– Don’t care so much about the Town Hall: If you place your Town Hall outside of the walls, you will gain more space for your storages and in the same time you will intentionally lose Trophies, which is a necessary thing to do while farming for resources in Clash of Clans.

This is the Trophies range you will want to have when you start farming big amounts of resources. By having this Trophies range, you will get enemies that you can easily steal from them.

If someone attacks your village and his village has a Town Hall with two levels higher than your Town Hall, he will receive only 50% of the resources that can be stolen from your village. So, because of this reason, you will want to keep the Town Hall as low as you can.

You will want to have at least four barracks, so you can constantly have an army ready for the next attack. While having four barracks, you will not have to wait too long between the raids.

There are many troop setups and we cannot say which is the best. It depends on the player’s style. However, you will most likely want to go with a combination of Archers, Barbarians, Giants, Goblins and Wall breakers.

– Giants are expensive so do not train too many of them
– In early levels, try focusing more in getting as much as Barbarians you can
– In later levels, you will want more Goblins which can steal fast resources

When attacking a village you will want to know your army cost. Then calculate the cost of your attacking army and then find how much 1/3 of that value is. You don’t want the army value to be less than how much you can get from a raid.

It is better to farm only a specific resource type, instead of looking for towns that have a good amount of spread resources. While having a spread type of resources in your village, it will make you vulnerable to all other famers. First, see what resource you will need in order to make your next upgrade and focus on getting it.

You will want to look for villages that have at least 100.000 of the resources you want. Also try to get some weak targets, so that you won’t have to deploy a big army in order to win the battle.

The best targets are the inactive villages, because you get a big amount of resources without much effort. If a village has a gray league shield, it means that the player who owns that village has been inactive in the current season.

4. Look at the Town Hall level

When you find a village with plenty of collectors who are not protected and they are FULL, you will want to attack them because you will get a good amount of resources without losing many troops.

If you can’t find villages with full collectors, then you will have to look for those who have full Storages of resources and are poorly defended. This will bring you a good amount of resources; however, you might lose some troops in the way.

3. How to deploy your troops

You will want to send troops in groups, ideally by 5, in order to minimize the effects of the defensive buildings, which give area of effect (AOE) damage. Such nasty buildings are Wizard Towers and Mortars. To distract these kinds of buildings, you will want to use Giants, because they can take a good amount of damage before they die.

4. Focusing on the loot

After the attack, first you will focus on the loot. You will want to destroy the storages and the collectors, depending on what kind of raid you’re running.

Try to not use Spells when you are farming, because they are very expensive. If you will use a spell while farming for resources, you will end up losing more resources than gaining them.

Some unprotected buildings can be attacked from the distance by Archers. Use Archers to attack these kinds of buildings in order to boost the destruction rate above 50%, in order to win trophies so that you can keep your desired trophy range.

Both the Samsung Galaxy Note 4 and the Apple iPhone 6 will be released later in 2014, with… 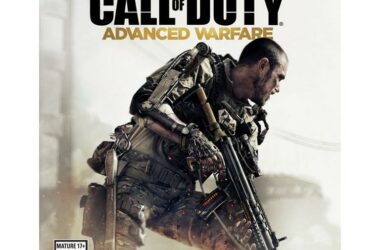