Clash of Clans from Supercell is an immensely popular mobile game, known for its immersive gameplay as well as huge monetary success. The game is easy to play for casual gamers as well as serious ones. Clash of Clans is one of the biggest grossers both in the Google Play Store and the iStore.

The Clash of Clans, released in April 2014, brings in additional features, making the game even more addictive. It is available for playing on both Android and iOS Devices.

The introduction of the Clan Wars is a feature that is a big draw in the game. Players are free to opt for engaging or staying away from the Clan Wars. If you are more interested in a group oriented or structured gameplay, Clan Wars will be a very welcome addition.

Clan Wars involves taking the group and pitting it against another group with comparatively equal strength. Your clan or group will have to find the best means of getting the maximum number of stars by attacking the defense of the opposition. These Clan Wars are battles that two clans engage in, with participants being allowed to attack two times in a day.

This enables the smaller players to take care of the minor defenses with ease. This also ensures that all players in the group, belonging to different levels and different investments, can play in a balanced environment and get good prizes. When the two-day battle is over, the clan that received the higher number of stars will win the war and will bet a bigger part of the loot.

All the members receive a part of the loot, though the winner gets the major portion.

The timing windows in the Clan Wars will enable all the members to a fair attempt at getting the bounty. This is more entertaining than merely swiping the encampment, one after the other, and searching for someone to battle with. The structure of the Clan Wars includes one day of preparation and another day of battle.

This enables members of the group to talk and discuss plans with one another. Players can decide on the player they are planning to take on or the victories they are shooting for. They can also state their reasons for doing so. This involves a lot of communication and camaraderie between the group members. It also results in more fruitful rewards and a healthier competition.

Clash of Clans featuring the Clan Wars Update enables players to fight with others through real time attacks. Supercell has claimed that this has been their biggest update. Clans can now fight with other clans. The new update also allows Clan Castles to keep the money they won in their battles.

Previously, this was not possible and they were only able to keep a small backup army. Players can also update their clan castles to the sixth level. In this way, they will be able to hold larger donated armies as well as elixir and more gold. Supercell has stated that players can also hope to see gems popping up along the maps during the attacks. 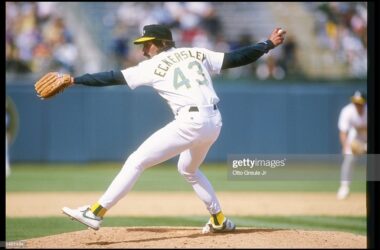 (SPRINGFIELD, Mo.) Scott Eckersley, the democratic candidate for the seventh congressional district, announced Tuesday that he would move forward with a 10-county tour. The “Give ‘em Eck” tour will start...

Microsoft isn’t new to the tablet world. They currently have a pretty good line up of tablets (both…