If you are tired of losing every single battle, you could always try some tips & tricks which might help you understand the game mechanics a little better. Practice our tips & tricks and you will eventually conquer the realm. However the game can be quite complicated. Just follow the guide, pay attention at the details and you will be fine.

Tips & Tricks for Clash of Clans

Always save your gems. Gems can be used to speed up the timer on just about any activity. You will be tempted to use them, but we suggest you don’t. Save them for more important features like limited time buildings or other activities which could definitely help you win the battle. Some missions could quickly become harder and harder and those gems you saved earlier could save your base.

Don’t be a mindless leader. Develop a tactic and pursue it. You could either invest in your defense and then crush your enemies with your strong walls and upgraded towers, or if you are brave enough, you could create a vast army which will put fear in your enemy’s heart. If you decide to play in a defensive manner, first of all you will need to upgrade your town hall. After that upgrade your defensive towers (cannons, mortars, archer towers) and your walls. Place mortars and air towers as close to the middle of the base as possible. Also place some mines and elixir gatherers outside of your base.

However, if you decide to play in an offensive manner, first of all you will need to upgrade your town hall and also use your production elixir in order to increase your resource production. Then upgrade your camps and barracks and start building a fearsome army. It is recommended to place the camps and barracks outside the wall. Build some walls and cannons for defense until your army is complete. You will have to upgrade your army eventually, so build a laboratory, a spell factory for a better offensive capability and some gold mines for cash.

This cool Shield feature will prevent anyone from attacking your town for a limited amount of time. You will need gems to activate it, and it won’t last forever, so use your time wisely and build as fast as possible while being protected.

Carefully spy on your enemy before unleashing your army against him. Make sure he is worth attacking and if he is, decide which part of his town you will attack first, in order to deal the most damage without too many casualties. Sometimes, instead of sending your army, it’s easier and more profitable to send a goblin in order to loot a town’s resources.

Before attacking an enemy, you must decide if you want the resources or the trophy. After that, it’s all ‘Cry Havoc and let slip the dogs of war!’. Draw the fire from his defense with the Giants and also use them to break his defenses, break his walls with the Wall breaker, use your wizards, barbarians and archers to destroy his buildings, after the cannons and mortars have been destroyed and send the nasty goblins to plunder their resources. Of course, you will have to adapt your strategy based on your enemy’s strategy. Don’t send the weaker troops to destroy the walls. They will get crushed. Always analyze your army’s pros and cons before attacking an enemy.

If you want to build an everlasting dynasty, first of all you will have to build a strong city. Always build walls. Cover your important building with walls. Only one outer wall won’t be enough. If the enemy will breach it, no building in the city will be safe anymore. Also the way you arrange your defense towers is also important. And finally, place the least important buildings outside of the city, up against the wall. They will provide cover in case of an attack, and they will buy you some time, time which you could use in order to create a good counterattack strategy.

Joining a clan could help you a lot on the long run. However, you might have to pay a tribute or something, for the well-being of the clan, of course, but you will soon find out that the game has so much more to offer when you are sharing experiences with other players.

Of course, these are just a few basic tips. Every player will eventually adopt a unique playstyle. 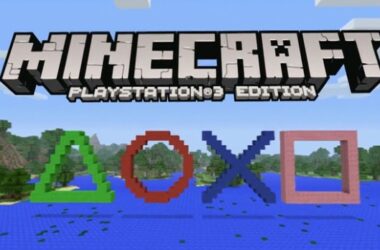 Minecraft PS3 Ready for Retail Launch on May 14 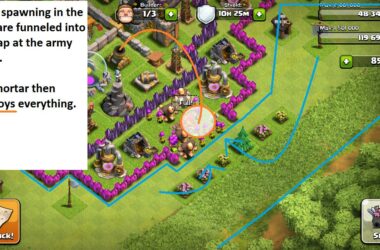