The Comic Con 2014 expo is near and everyone is already gearing up to show off something or the other about their product during this grand event.

After E3 2014, which is one of the biggest gaming expo in the world, Comic Con has a strong fan following, where not only comics, but movies, shorts and everything entertaining, related to big titles, get debuted. The recent announcement is that Assassin’s Creed Unity is all set to get a new animated short, which will reveal in-depth details about their new protagonist Arno. When Ubisoft released a live action movie for Assassin’s Creed II, it was a breathtaking moment to see everything that we have played so far come to life.

The movie was so good that it inspired even Hollywood, to make a full feature film, which is under production now. Now, the developers have come up with a story that they wanted to share in the most creative way possible. Given the fantasy nature of the game, set so far back in the past, it could be difficult to make an actual movie with it using actors, which is why they might have opted to create an animated film. The short could last anywhere between ten minutes to twenty minutes long, which can be confirmed only on July 25, when Comic Con is all set to take place in a glorious manner.

The Assassin’s Creed Unity short will be about their new protagonist Arno, according to the officially released statement. It will be shown during a question and answer session with the press, which will also be the time during which the developers will be showing another demo of their game. A four player co-op demo was shown during the E3 2014 conference, which gave the audience a good glimpse into the new Unity engine being used and also the power of playing with other human players which could lead to some brutal assassinations.

This looks like the season of co-operative game play because all major titles including Far Cry, Assassin’s Creed, Crew and The Division have adopted the model. It is definitely good news for gamers who like to team up with others online or their friends so as to play high quality, AAA titles in co-op mode which was a rarity in the past. During the Q and A session, it is expected that the developers will reveal more details about the game and discuss in detail about the new elements that they are bringing to the title.

The short for Assassin’s Creed Unity is directed by Rob Zombie and Tony Moore, who worked on the Walking Dead series. Rob Zombie is known for being part of the band White Zombie before he went on to become an individual filmmaker. He has also actively taken part in multiple video game titles and comic book creation in the past. He is known for his original sound track created for Twisted Metal 3 and the voice acting he did for Spiderman The Animated Series and Justice League Unlimited. 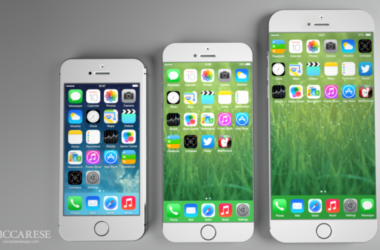