The set-top box and streaming stick market has grown substantially in the last few years.

The latest entrant to the segment is Amazon’s Fire TV. However, it will have to go head-to-head against one of the leaders in the industry – the Chromecast. One of the major benefits of the Chromecast has been its price, and it remains to be seen if the Amazon Fire TV is able to take on this Google device with more features.

The Chromecast straightaway has an advantage in terms of design because it is far more portable than the Amazon Fire TV. The Amazon product is a full-fledged set-top box that comes with a remote. In contrast, the Chromecast is in the form of a USB device that goes directly into the HDMI port of a TV. There are different forms of connectivity available on the Amazon Fire TV and these allow Ethernet connections as well. This will especially be of great use in places where there is no Wi-Fi connection.

Just as with a smartphone, it is important to have a fast experience on the set-top box or streaming device. Amazon takes care of this requirement with a quad core processor. It also comes with 2 GB RAM. These specifications make it super-fast. The interface of this device is fairly similar to the iOS platform, with a grid of icons providing access to various contents. The content is made available after clicking on the desired app. The Chromecast is also fairly fast, but the Amazon Fire TV takes the victory in this round.

One of the important aspects of a set-top box or streaming device is its support for content. In this regard, the newly launched Amazon Fire TV lacks the app support provided by the likes of Chromecast. The Google device has around 15 third party applications for Chromecast, while Amazon Fire TV has much less numbers compared to this. However, it will be able to boast of support to the likes of Amazon Prime Video. Given that it is one of the most popular video streaming services, it is likely to be sufficient for most buyers.

HBO Go, an important third-party application offered on the Chromecast, is missing in the Amazon Fire TV.

Apart from video streaming services, and the Amazon Fire TV also has an additional trick in its arsenal and it comes in the form of gaming support. Even though one may have to spend an additional $40 in getting the gaming controller, this could prove to be a make or break deal in some cases, since Chromecast lacks this feature.

Price has always been a major advantage of the Chromecast, which cost just $35. The Amazon Fire TV retails for $99 like the Apple TV. 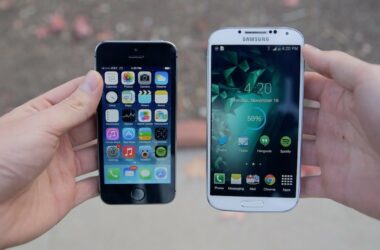 After the recent launch of the iPad Air, the competition in the tablet PC segment has been questioned…