With the release of Fire TV from Amazon, it seems as if the Amazon has gone a step further than the already established Apple TV in the media-streaming department.

However, plugging these two boxes to the television for a month, it became apparent that the device has several shortcomings. How does the Amazon Fire TV stand up against the Apple TV in terms of apps and performance? Let us find out…

The Amazon Fire TV is quite similar to the Apple TV in terms of size and setup. Both the devices are small in size and come equipped with ports for HDMI, Ethernet and a power cable. Both these set top boxes are Wi-Fi enabled as well. However, when the Fire TV is switched on, the user is welcomed with an animation. This moving picture would explain the basic use and various features. However, the Apple TV puts the onus on the user to figure out the functioning and basic features of the set top box. Nevertheless, it is not a daunting task to understand the features and basic usage of either device.

The launch of Fire TV revolved around one major feature – voice search mode. Searching the Apple TV for movies or TV shows with its small remote is horrendous. Despite hooking a Bluetooth keyboard to the device for searching channels, it is still a disaster. However, the Fire TV has done a good job with its voice search feature. Searching for channels of your choice has become easy.

One of the biggest drawbacks with Apple TV is that it is deeply rooted to the Apple ecosystem. On the other hand, Fire TV is more flexible and open, when it comes to app selection. However, Amazon’s best feature becomes its biggest drawbacks. The deal with HBO provided the Amazon Prime Instant Video with more content that is difficult to navigate. Moreover, much of it is available on Netflix and Hulu. Fire TV also offers the user with Hulu, Netflix and a plethora of video services as compared to the Apple TV.

The Amazon Fire TV acts as a better gaming platform than the Apple TV. However, this is up to your personal preference. If you were a gamer, you would relish the Fire TV set top box. However, most games are old and can be played on computer or PS3. 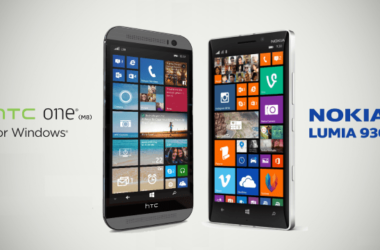 After Apple’s iOS and Android from Google, the highest operating system would be Microsoft’s Windows Phone. Until recently,…

Is camera on HTC One M8 worth the price?

HTC has been one of the most impressive lines of smartphones on the market, always bringing on scene…