If you are really excited about the upcoming Alien Isolation game that is so keen on recreating the spine chilling thriller that the original Ridley Scott movie was, don’t worry you are not alone!

A whole lot of other gamers are hell bent on playing this game as soon as possible because it has slowly become one of the anticipated list of games to hit stores in October. The bad news is that your wallet is going to cry because it will also be the month when Battlefield Hardline, Shadow of Mordor, Assassin’s Creed Unity among other titles is going to come out as well.

Coming back to Alien, Sega has officially confirmed that those who order this game in advance will gain exclusive access to bonus missions (not just one but two!) featuring the original cast from the 1979 movie. This means you will be able to revisit the experience voiced by official actors, including Yaphet Kotto (Parker), Tom Skerritt (Dallas) and Sigourney Weaver (Ellen Ripley) among others. The entire cast from the past that also had Ian Holm – Ash, Veronica Cartwright – Lambert and Harry Dean Stanton – Brett along with the leads has been brought together for the voice over and the motion capture.

We couldn’t help but wonder why SEGA wouldn’t or maybe Ridley Scott would shoot some new scenes or the same from the original movie one more time with modern day technology. It would have been fun to see them all back together and that is what the game developers The Creative Assembly has to say as well. “The cast was visibly excited and reprise the same roles again after 35 years. It was an unforgettable experience for the lot and we managed to capture the perfect atmosphere of the movie. And, it was the first time that the cast had come together for an Alien video game,” said Alien Isolation creative director Alistair Hope. People who order this game in advance will automatically be eligible to receive the Nostromo Edition and this will have these mission packs. They have been codenamed ‘Crew Expendable’ for now and will most probably be released as a standalone DLC in the future but SEGA hasn’t confirmed any such information so far. They would want more pre-orders first, we assume.

The additional two missions will let you play as one of the survivors as in the movie – Dallas, Parker or Ripley. You will have the opportunity to explore the entire Nostromo ship. Players who choose to pre-order it in Europe at select retailers as well as those who purchase it from GameStop will get the ‘Last Survivors’ mission. The objective is to guide Ripley to escape to the Narcissus spaceship after she manages to navigate through Nostromo to activate the self-destruct sequence.

Alien Isolation is developed by Creative Assembly, the people behind Total War titles. The game launches October 7 on PS3, PS4, Xbox One, Xbox 360 and PC. It also has a demo on the Oculus Rift virtual reality headset and we hope a full version emerges sometime in the future.

The size of the tablet is an important factor in terms of portability. A 7-inch tablet is considered… 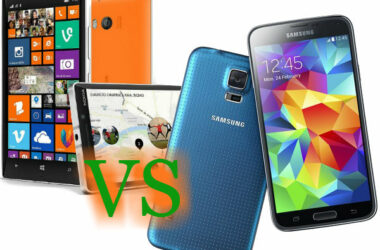 Since its release in the year 2008, Google Chrome has become more and more popular. Today, it enjoys…