What Are the Most Common Android Apps for PC?

Android has become the market leader in the global smartphone market, forming the base operating system for millions of devices worldwide.

The growth of android is not limited to just smartphones and tablets but it has now reached the desktop computers and laptops also. Surprised? Well, android running on a desktop PC might look surprising, but the credit goes to the software Bluestacks that has made it possible. Bluestacks installs on all versions of the Windows PC and is tailor-made for desktops and laptops. The software converts the desktop screen into a virtual mobile phone screen, having buttons, features and a working play store just like in any android phone. Cool, huh?

This software has become widely popular in offices and among people who do not have a smartphone and want to access the play store via their computers. Bluestacks, when installed, imitates the mobile screen, allowing the users to experience the play store, as it is, from their individual terminals. The most common android apps that are greatly in demand and highly used in PCs have been discussed below.

Just like in your PC, the android platform is also susceptible to virus attacks and malware. Hence, the protection of the software is of utmost importance and this is what makes AVG antivirus an absolutely indispensable android app for PC. The antivirus scans all the apps that are downloaded from the play store into the virtual mobile phone, which is the Bluestacks platform and installs them only if they are virus free and clean. It also scans the virtual mobile platform for any corrupt files or infections and deletes or cures the intrusions, providing absolute protection to your virtual device.

A dictionary is a popular app and is present in a large number of phones. And Merriam Webster Dictionary is one of the most widely used dictionaries in the android app world because of the great number of options that it offers like synonyms, antonyms, voice pronunciation and history. It is a must have for any virtual phone as it assists in the day-to-day activities on the job or elsewhere. It also comes in handy while texting or reading ebooks.

This is a growing gaming app and is a craze among the android app lovers and is extensively being downloaded on the PCs too. The ease of playing the game has not been compromised when the game is played using the keyboard and mouse. This makes Temple Run 2 one of the most loved apps apart from the great gaming experience that it offers.

This is again another popularly downloaded android app for PCs, as this messenger is widely used by those who do not have WhatsApp compatible phones or smartphones. This app enables people to send messages to any person on WhatsApp around the world and also exchange files with ease. Naturally then, this app is a must have for your PC.

A number of other android apps for PC are also in great demand and it is fast growing as an alternate means of using the android play store. 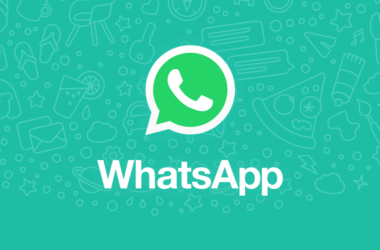 WhatsApp has been in the news for quite some time, and let’s face it – everybody loves WhatsApp.…

There are different social mobile apps and Whatsapp is perhaps the most popular one among them. However, one…