Decades back, the mobile phone changed the way people connect by allowing them to communicate on the go.

They brought a new revolution in communication and are precursors to many modern technologies. However, in the modern world, communications have undergone a sea of change and the communication systems have become cheaper yet efficient. A perfect example of this is the phone application Viber, which has stolen the limelight recently and is catching the market by storm, being frequently downloaded in the app stores.

Viber, a software allowing free calling, based on the network of the respective mobile users, has ushered in a new craze. At a time when international calling is still an expensive affair and people need to make calls regularly, whether it is for business, personal or social purposes, Viber has dished out a cheap and easy way to stay in touch and achieve this end effectively. It offers a platform to call others for free, only consuming the internet usage of the user and not another penny from their pockets.

Being a free application, Viber is a boon for people with smartphones who have to call others either to stay in touch or for important conversations. It charges nothing to the caller and has a platform that imitates normal calling feature of smartphones, making it easier for people to use it. The costs of phone calling can be considerably reduced by using this platform and hence it is fast gaining popularity among mobile app users. The Viber craze is spreading by word-of mouth as more users keep making free calls to any phone on any network and in any part of the world, and cutting down on their telephone bills up to a large extent. They recommend Viber to their friends, peers and colleagues so that communication can be carried out for free among them.

Another feature that attracts people is the dedicated messenger offered by Viber. Besides being a free calling application, Viber also offers the convenience of instant messaging to its users, who have replaced the conventional text messages that take a lot of time to reach as compared to instant messages sent via internet. This makes Viber stand out in a crowd of other applications offering similar services. Free calls, instant messages, funky vibrant look and feel — all combined, Viber largely attracts the users of mobile apps these days.

The interface of Viber is simple and imitates the conventional phone calling interface which makes it easier to operate and understand. The auto sync feature automatically syncs the phone’s contacts with the Viber database, so that it is easier to find who else in your contact list uses Viber. It is compatible with a range of operating systems and packs, and runs well on all networks which have a good internet connection. This makes Viber all the more popular among people of all age groups.

A Walkthrough for Playing Angry Birds

Birds become popular to kids and even adults. Almost everyone have this game on their phones, tabs, computers,… 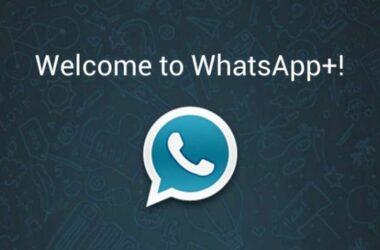 While most of us use WhatsApp, have you heard of WhatsApp Plus? It is one such app that…