Tom Clancy’s books have always been blockbusters and so have been the games based on it.

If you are a fan of action and shooting adventures, then any game based on a Tom Clancy book is your best chance at getting some fun. Tom Clancy’s – The Division, is one such game that will give you a bang for your buck. At the E3’s press briefing, the audiences got to see some new footage of the game, which hinted at a completely new gameplay. This comes as delightful news to many who have been anxiously awaiting the game. Here’s what you need to know about the game and its new gameplay.

The Division – The Game

Tom Clancy’s – the Division has been developed by Massive Entertainment and is being published by Ubisoft. This cooperative third person shooter comes next in a series of similar games being designed by several studios. The game is set in the very near future, with New York as its stage. A plague has been released into the world and the casualties are widespread, leading to a complete breakdown of the society as we know it. As the number of casualties goes up, hope begins to fade and the world begins to tumble into complete disarray. It is here that a band of men and women move through abandoned buildings – one after the other, in a hope to find a new haven or set up an operating base.

The Trailer and Gameplay

With a background story as intense as this, the game is already raising the temperature everywhere. However, it gets even more intense as the trailer shows us much more. In the trailer, you can see a bunch of players moving around a ghost town. Christmas decorations are shown tattered and destroyed, hinting at the festive season gone awry. The group of people is seen entering a subway tunnel, which has clearly been abandoned. One of the players hacks into a surveillance system in a bid to secure intelligence on the situation. This leads to the holographic image of a parked train, from which people are fleeing frantically – clutching at their children and their belongings. The scene changes and the team is now faced with something gruesome and grim. They see rows upon rows of neatly lined bodies, wrapped in body bags. Here, the background of the story ends and a quick succession of events, leads us to a scene, where teams of players are attacking enemies from three different directions, in a synchronized manner. The focus is on the close combat which can be expected in the game. There are small arms, melee weapons, hand to hand combat, drones, flamethrowers, strobe lights and much more.

What is new here is the close combat situation which gives rise to a lot of innovation. This is where Massive Entertainment’s Snowdrop Engine comes into the picture. The incredible detailing, the ability to use multiple combat modes and the simple fact that so much is happening simultaneously, is something that has never been seen before in such games. The game was slated for its release in 2014, but the developers decided to improve the gameplay and the mechanics and so pushed the release date to 2015. Though it was a little disappointing for fans at first, but after watching this trailer, we do not think the fans would have much to complain about. 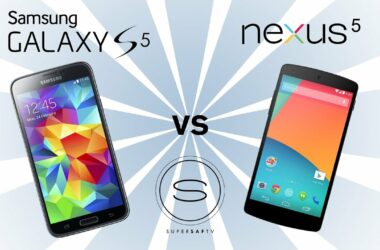 The S5 is an Android with TouchWiz phone with expandable storage and a removable battery.Comparing the S5 with…