The Apple iPad continues to maintain a stronghold on the tablet PC segment in terms of popularity and sales.

The Surface Pro 2 came close to ending this dominance as it was a tablet that also doubled up as a laptop. This meant that the device can not only take on the iPad, but it also was aimed at the MacBook Air as well. However, in order to take on both devices, the product needed to be standing in all areas. Sadly, some of the aspects let it down and Microsoft has come out with the new Surface Pro 3 to iron out those issues.

The Surface Pro 3 was a major doubt after the appointment of a new chairman, but the company wasted no time in coming out with this new version that claims to be better than the Surface Pro 2 in every way. The improvements start with the kickstand feature, which was limited only to a few settings in the Surface Pro 2. It now supports infinite movements up to a maximum of 150°. This enables the device to lie almost flat on the lap.

When combined with the keyboard accessory that is sold separately, this device can be an able replacement for the laptop. The Surface Pro 2 did its best to fight against the laptop, but since it was second only to a 10.6 inch display, it faced a losing fight. In order to overcome this issue, the Surface Pro 3 comes with a slightly larger 12 inch display, which is also one of the first displays to sport a 2K resolution. Further, the aspect ratio of 3:2 makes sure that the display packs in a lot of information.

The Surface Pro 2 was offered with the Intel i5 processor that certainly faced no troubles when it came to running the Windows operating system, but in order to provide the Surface Pro 3 with a price advantage, Microsoft now ships the new device with several variants. The Surface Pro 3 range starts from the i3 processor that has a price of just $799. Even though the pricier versions with i7 processors come in at more than $1700, it is still an advantage compared to the previous generation device.

The Surface Pro 2 was sold for $899 at its peak. The $1700 price may seem a little excessive for a tablet at first, but once the $299 keyboard accessory is attached to the device, it becomes a full-fledged laptop. This changes the entire dynamic of the device. Due to the larger 12 inch display, the keyboard accessory also has to be increased in size. This has spaced for the keyboards in such a fine way that this is one of the finest keyboards in the market today. 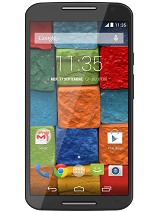 Minecraft PS3 â Tips and Tricks You Should Try Out

Unless you have been living on mars for the past few years, you are probably aware of the…