If you’re not sure what to pick between Samsung’s Galaxy S4 Active or S5 Active, we have here a comparison between the two to help you understand the differences between the two smartphones and help you make a calculated decision.

The Galaxy S4 Active comes with a 5 inch TFT capacitive touch screen whicn can render a resolution of 1080 x 1920 pixels. This device’s pixel density is an impressive one of 441ppi. We find that S4 Active has a smaller screen than its original, the S4, but with the resolution and pixels density it provides, the image is a very clear and sharp one.

The smartphone weighs 151 g and comes with a thickness of 0.36 inches. As for exterior features, the device has waterproof and dust resistant properties (IP67 certified).

On the other hand, the Galaxy S5 Active comes with a slightly bigger touch screen which is a Super AMOLED. While the resolution on these devices is the same, the pixels density is a tad different, the S5 Active having 432ppi (rather than 441ppi we saw in the S4 Active). As for thickness, the smartphone is 0.35 inches thick and it weighs 170g (this device was also named the rugged version of S5, so the higher weight is understandable).

When it comes to exterior features, this device is also dust resistant and waterproof (IP67 certified) but it is also shock resistant (which has been certified by MIL-STD-810G) and it shows off some sturdy, firm buttons.

Samsung equipped the Galaxy S4 Active with a 1.9 GHz Krait 300 processor (the Snapdragon 600 from Qualcomm) which is a quad core. The device supports 2GB of RAM and, as for OS, the S4 Active runs on the Android v4.2.2 Jelly Bean operating system (that can be upgraded).

But then, Samsung equipped its other device, the S5 Active, with a 2.5 GHz Krait 400 processor (the Snapdragon 801 from Qualcomm) which is also a quad-core. This device also has 2GB of RAM, but it runs on Android 4.4.2 KitKat.

Talking about the secondary camera, both S4 Active and S5 Active sport a 2MP camera.

The Samsung Galaxy S4 Active comes with 16GB of internal memory which is expandable via microSD card up to 64GB.

The Samsung Galaxy S5 Active also comes with 16GB of internal memory, but it is expandable via microSD card up to 128GB.

If you rely on your battery to last long, both devices are pretty good in this department, but the better one is the S5 Active. This device houses a 2800 mAh battery which is estimated to last up to 29 hours of talking time (480 hours of stand-by).

The S4 Active sports a 2600 mAh battery which is approximated to last up to 17 hours of talking time (312 hours of stand-by).

Since Motorola became a division of Google in 2012, people have been anticipating the launch of a new… 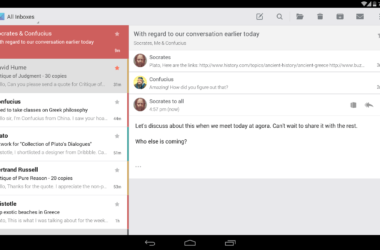 For quite a lot of years now, Gmail has been the most popular email service with over five… 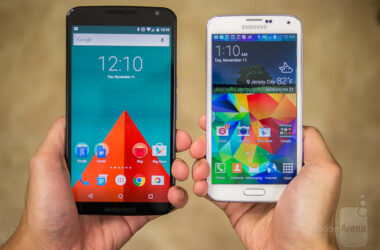 Samsung already released a lot of awesome devices in 2014, and Galaxy S5 can be considered one of…