This is a battle of minion phones. The gladiators from our arena are the G2 Mini, which is challenging the mini versions of the S4 and HTC One. These small, but not so small devices come with fast processors, advanced cameras and relatively lasting batteries. So, if you can’t afford to buy their bigger brothers, take into consideration our suggestions. We’ll compare all three of these smartphones, to see which one is worth buying.

We have two phones with different display sizes: the G2, with a 4.7inches IPS LCD screen and the Galaxy S4 Mini, with a 4.3inches Super AMOLED screen, but which support the same resolution: 540×960 pixels. And we have the HTC One Mini, which renders a resolution of 720x1280pixels on its 4.3inches Super LCD2 screen.

Next, we have the Galaxy S4 Mini which is powered by a dual core krait processor (clocked at 1.7GHz), which has a Qualcomm MSM8930 (Snapdragon 400 chipset) and 8GB of internal storage, but which is expandable up to 64GB.

The HTC One Mini, on the other hand, has a dual core krait 200 processor (clocked at 1.4GHz) and has a Qualcomm Snapdragon 400 chipset. It has only 16GB of internal memory, which can’t be expanded.

All of these three smartphones run on the Android platform, but on different versions: the G2 Mini is running on the KitKat version with 1GB of RAM, while the other phones are loaded with the Jelly Bean version, only that the S4 Mini has 1.5GB of RAM, whereas the HTC One Mini has 1GB of RAM.

The G2 Mini has a longer lasting battery, because it has the capacity of 2440mAh, being followed by the Galaxy S4 Mini, with the 1900mAh battery, and the One Mini, which has a non-removable Li-Po battery with the capacity of 1800mAh.

350 dollars is the price of the G2 Mini. The S4 Mini costs 330 dollars, while the HTC One Mini can be purchased at the price of 382 dollars. 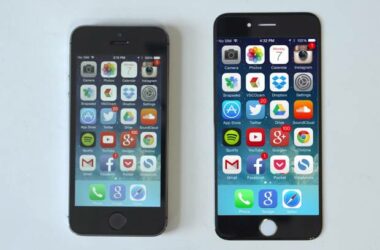 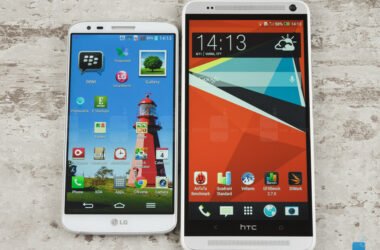 “The bigger, the better”, this is the new trend obsessing the phone manufacturers. LG and HTC got this…