We have here a comparison between Samsung’s Galaxy Note 2 and Nokia’s Lumia 920. If you are looking to buy a new smart device, you can keep reading to find all the differences between the two popular devices. Hopefully, this article will help you in your decision making.

Nokia’s smartphone features an IPS LCD display measuring 4.5 inches. The device comes with a slightly superior resolution of 768 x 1280 pixels. While the device is smaller (but not thinner) than the Samsung, having the dimensions: 130.3 x 70.8 x 10.7 mm, the Lumia 920 is actually heavier, weighing 185 g.

Samsung equipped the Galaxy Note 2 with a quad core processor (the Cortex A9) clocked at 1.6 GHz and the Quad 4412 Exynos chipset. The handset supports 1GB of RAM and it can be purchased with three variants of internal storage: 16GB, 32GB and 64GB (you can use a microSD card to expand the memory by up to 64GB). The operating system for this device is the Android Jelly Bean.

Nokia equipped the Lumia 920 with a dual core processor (Krait) working at 1.5 GHz and a Snapragon MSM8960 chipset from Qualcomm. This handset has 1GB of RAM and 32GB of internal memory (there is no microSD slot, meaning that the memory is not expandable). The Nokia Lumia 920 runs on Microsoft’s Windows Phone 8 OS.

The Li-Ion 3100 mAh battery unit we see featured on the Samsung Galaxy Note 2 is estimated to last around 16 hours of talking time (3G). 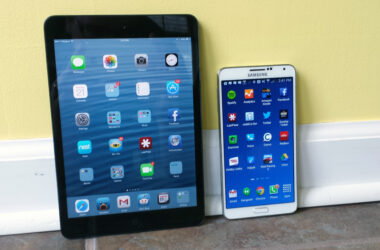 These two devices are amazing but you have to make an informed difference between them. Here are the…