The Moto X is the first smartphone released by Motorola after Google purchased this device. After comparing it with the Galaxy Grand 2, the conclusion is that Motorola managed to create an impressive phone, more powerful than its competitor, which also made a good impression when it was released. But this time, Samsung must accept its defeat and let Motorola take all the credits.

Both of the devices’ screens render a resolution of 1280x720pixels, but their displays have different sizes: the Moto X’s screen is of 4.7inches and supports a higher pixel density than the Galaxy Grand 2, which has a 5.25inches HD display.

In conclusion, the Moto X is far more powerful than its competitor. Plus, it runs on a newer version of the Android OS – 4.4 KitKat, while the Galaxy Grand 2 comes loaded with the 4.3 Jelly Bean version.

The Moto X has a rear camera of 10MP, which is superior to Galaxy Grand 2’s 8MP camera. They share the same features such as LED flash and autofocus. The secondary camera on the Moto X is of 2MP, while the Grand 2 has a 1.9MP front camera.

The Moto X can be purchased from amazon.com at the price of 343 dollars. The Galaxy Grand 2 8GB variant costs 315 dollars.

What You Should Expect From Plants vs Zombies Garden Warfare

It is now time for some bizarrely addictive and comical games. The Plants Vs Zombies series comes first… 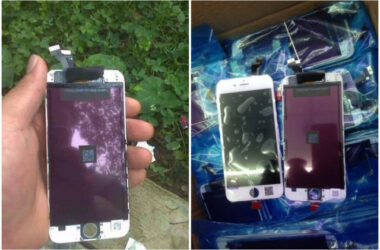 According to Apple Daily, the 5.5inch variant of the iPhone 6 will be called iPhone 6L. After Apple…