The comparison between the LG G3 and the iPhone 5S is a comparison between the Android OS and the iOS. They are entirely different from each other, in terms of the design, the specifications and the material used. LG uses the Android software, adding the Optimus UI on it, whereas the iOS uses a closed OS. Both the phones are fast and run smoothly, but the approach is different. The iPhone 5S is available with all the major carriers in the United States, whereas the LG G3 is available with AT&T, Sprint, Verizon as well as T-Mobile. As for the prices, the LG G3 can be bought for around $600 without a contract and the iPhone 5S is available for around $700.

The LG G3 is powered by the Snapdragon 801, a quad core processor, clocking at 2.5 GHz, whereas the iPhone 5S is powered by Apple’s A7 dual core cyclone ARM version 8, clocking at 1.3 GHz. The LG G3 combines the processor with a RAM of 2 GB and an internal storage of 16GB; as well as a RAM of 3GB and storage of 32GB. It can be expanded to a maximum of 128 GB with the use of a microSD card. On the other hand, the iPhone 5S comes with 1 GB of RAM and is available in variants of 16GB, 32GB, and 64 GB.

The pixel density of the LG G3 is much higher than the retina display of the iPhone 5S. The dual LED flash feature is combined with the optical image stabilization feature, offering increased stabilization. The auto focus feature also helps in taking faster and crisper pictures, even in conditions of low light. The front camera of 2.1 MP is better, as it offers improved video chatting and selfie features than the 1.2 MP camera of the iPhone 5S. The device also has a larger screen and you also a bigger battery.

Apple is always known to build some of the best devices in the industry and the iPhone is certainly one of these. It is well designed in glass and metal. The size is also small and compact. However, the smaller display screen with the smaller ppi cannot be compared with the superior QHD display of the LG G3. In addition, though the iPhone 5S has a processor in the 64-bit model, but the RAM is only 1GB, so there is not much advantage. The LG G3 also offers options of 2GB and 3GB, whereas the iPhone is only available with 1GB of RAM. But the iPhone does have options of internal storage, such as 16GB, 32GB and 64GB, though it does not have a micro SD card for additional storage. If you are looking for a smaller device that you would like to carry around, to look at emails or messages, the 5S is right for you. 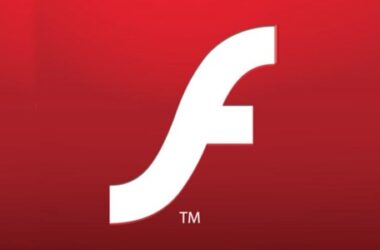 Can You Really Give Adobe Flash Player 12 a Miss?

A web browser allows you to surf the internet. Now, the internet is an agglomeration of various pages…