The Xperia SP is one of the best mid-range handsets, having a hardware performance that rises to your expectations. It has a long battery lifetime, a higher resolution and loads websites very fast. But if you’re loyal to Apple and you’re willing to invest more money on a phone whose battery lasts less, then buy the iPhone 5.

The Xperia SP offers a great user experience, because it comes with a 4inches TFT screen that renders a resolution of 720x1280pixels, which is higher compared to iPhone’s resolution – 640x1136pixels. But this smartphone has an “excuse” – its LED-backlit IPS LCD screen has only 4 inches.

The Xperia SP is powered by a decent dual-core Krait processor (clocked at 1.7GHz), and has a Qualcomm MSM8960T Snapdragon chipset. As for the internal memory – it’s only of 8GB, but you can expand it up to 32GB.

The iPhone 5 functions with a dual-core swift processor (clocked at 1.3GHz) and Apple’s A6 chipset. This smartphone comes with three variants of unexpandable memories: 16, 32 and 64GB.

The Xperia SP is one of the many smartphones that run on the Android Jelly Bean, while the iPhone 5 is running on Apple’s iOS 6, upgradeable to the iOS 7 version. Both of these devices have in common 1GB of RAM.

Both of these smartphones have an 8MP primary camera, with features such as LED flash and autofocus, but the Xperia SP has a VGA secondary camera, while iPhone 5’s front camera is of 1.2MP.

Another thing in common these phones have: the non-removable batteries. But Xperia SP’s battery is a Li-Ion and has a higher capacity – 2370mAh, which allows you to talk 19 hours, on 3G, or to play music for 39hours, while the iPhone 5 has a Li-Po battery with the capacity of 1440mAh, which allows you to talk only 8 hours, on 3G, or to listen to music for 40 hours. 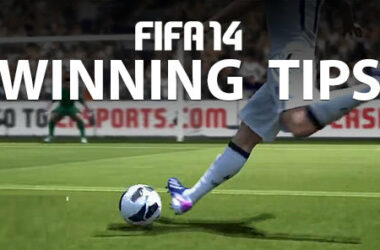 Know How to Score Goals Like a Pro in FIFA 14

Brave Frontier – Tips and Tricks You Cannot Afford to Miss

Brave Frontier isn’t the easiest game to play. There are too many things you need to know and… 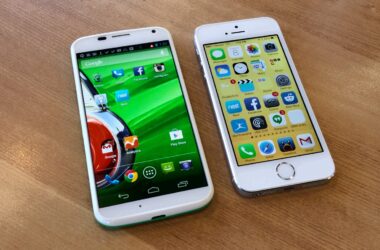 Here are four reasons why we think Motorola’s flagship can beat the upcoming iPhone 6: We haven’t heard…