This made significant changes to the previous generation device, especially in terms of thickness. Comparing it with tablets from other companies like Samsung – especially the older models from the Korean giant, brings out the strengths of the iPad Air in a big way. One of the earliest tablets from Samsung was the Samsung Galaxy Tab 2 10.1 – a second-generation device that came out in 2012.

The two devices are widely separated in terms of design. The Apple iPad Air continues to be the epitome of excellent design and build quality, while Samsung lingers at the other end with its extensive use of plastic.

The iPad Air and the Galaxy Tab 2 10.1 are comparable in terms of display space with Samsung just edging out the Apple device due to its 10.1 inch display compared to the latter’s 9.7 inch display. There is, however, a huge difference in terms of the quality, because the Galaxy Tab 2 10.1 gives out only 800 x 1280 pixels compared to the 1536 x 2048 pixels of iPad Air. This makes the Apple device superior in every regard, whether it be watching movies, playing games, browsing the Internet.

All these tasks are also carried out with aplomb on the iPad Air due to the powerful dual core 1.3 GHz A7 processor. Even though the Galaxy Tab 2 10.1 also comes with a dual core processor that is rated just slow at 1 GHz, the user experience is totally different on this android device. The iPad Air offers no stuttering or delays when it comes to opening apps, while the same cannot be said of the Samsung device.

Being a multimedia powerhouse, users will expect the device to run throughout the day. In this regard, the Galaxy Tab 2 10.1 performs well due to the powerful 7000 mAh battery. However, once again it is overshadowed by the iPad, which comes with 8820 mAh battery.

The iPad uses the familiar iOS operating system while the Galaxy Tab 2 10.1 comes with an android OS. There is not much to separate the iPad from the Apple mobile devices.

Despite trailing the iPad Air on almost every regard, the Galaxy Tab 2 10.1 manages to come out on top in terms of price. Being a much older device, it can be bought for around $200. In comparison, the iPad Air costs more than $450 for the base 16 GB version. 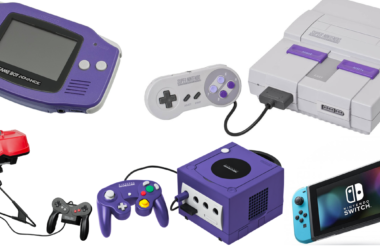 Nintendo, the Japanese Electronics company, is well known around the world as one of the best video game…

The iPhone 6 is all set to be launched in the next few hours. As we get closer…