Apple is always known to offer some of the best products that one could ask for.

The class of most of the Apple products is known to be impeccable and you really cannot complain about the quality. However, of all the different features that Apple has managed to launch, one of the most talked and widely applauded has to be the brilliantly eclectic retina display. The kind of clarity which the retina display brings to the table was unseen and unheard of.

Ever since the demise of Steve Jobs, there have been rumors in the market that Apple will lose its edge and will fail to work its magic. However, all these rumors were silenced when Apple launched iPad air- the best iPad till date. Not only was it the thinnest and the smartest tablet by Apple, but the features that it offered made it one of the most stunning choices among people.

What Makes Retina Display So Popular?

When you buy an iPad, it is definitely going to be of great use to you. From syncing your email accounts to chatting with your friends on Facetime and iMessages, and enjoying unlimited music and videos, you can do a lot more with your iPad.

If the clarity of the display is not impressive, it is going to take away a little bit from the pleasure of using the device. The developers at Apple are well aware of the need to bring something radically new to the table as this is what sets them apart from the rest of the companies.

Apple is always known for innovation, change and excellence and so when the retina display was launched, Apple knew that it once again justified the reason for it to be hailed as an ultimate game changer. Those who are not aware of what retina display actually means, need to know that it refers to having the type of display density which is so high that when the iPad is held at a distance that can be considered to be the right viewing angle, all the pixels will disappear and you will be able to see the content in high clarity.

In retina display, the pixel count is doubled horizontally and the same process is done vertically too. This ensures that there are four times as many pixels as you would get in the physical space. This ensures that you will be able to get sharper and crisper images with a much higher definition of the picture.

The difference between a normal display and retina display is quite eye catching and striking. You will be able to see the kind of difference that exists between the two.

Those who are very skeptical about the display should settle for iPad air because the retina display definitely offers a type of clarity that is sure to impress you. Not just the display, the overall reviews for iPad air have been extremely promising, to say the least. 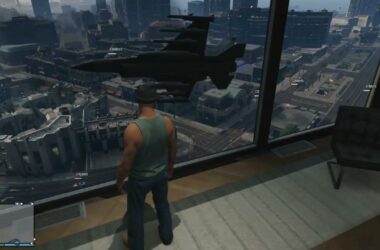 WhatsApp is an instant messaging application that enables its users to share media and text. It also includes…