The HTC One was arguably the best smartphone of 2013.

Many critics gave this phone the highest rating especially in comparison with the likes of the Samsung Galaxy S4 and the Sony Xperia Z1. However, this superiority in the eyes of the critics did not help in sales, as Samsung continued to dominate the Android smartphone segment with its galaxy line-up. Now, things have changed because HTC has come out with the HTC One M8, which will be going out against phones like the Xperia Z2.

HTC has been trying to make their devices feel and look as brilliant as the Apple products. The design of the HTC One was seen as a statement of intent and it has been taken to the next level by the HTC One M8. This is one of the few phones in the industry to almost be made entirely of aluminum. Even though it may introduce a premium feel, people with smaller hands will struggle to follow this device as it tends to slip out quite easily.

In contrast, the Xperia Z2 is a phone that does not change much from its previous generation model, which already received plaudits for the way it looked. The persistence with the water resistant and dust resistant features on this device means that it is slightly thicker than the usual smartphone in this segment. One also has to open individual ports to access aspects like charging ports. This may be an annoyance for those who rarely take the phone to the extremes of the environment.

For those who do, it certainly manages to live up to the expectations by being water resistant to a depth of 30 meters.

The HTC One M8 continues to commit the ultra-pixel camera, which received a lot of criticism in the previous device. However, several changes to the algorithm of the camera coupled with another lens just above it opens a world of new possibilities. The device will now be able to offer selective focus, which may be a feature present in phones like the Galaxy S5 of late. However, it is much better on the HTC One M8 thanks to the dual camera. Post processing also reveals features like the ability to add depth after the images have been taken.

Sony comes with a very good 20 megapixel camera, which remains unchanged from the previous version. However, this lack of change is only in terms of the megapixel count. The device showcases the addition of 4K video recording amongst many other features. It will now be capable of slow motion videos and many other high-end features as well. A front facing camera rated at 2.2 megapixels is present on the Xperia Z2, but it cannot compete with the five megapixel camera on the front of the HTC One M8.

Being the latest offering from HTC, the HTC One is available at a premium price of $700. The Xperia Z2 is also available at the similar price.

The Clan Wars update on Supercell’s Clash of Clans is a much anticipated update. Players from all around…

It has been less than 12 months since the launch of the Moto X, but it appears that… 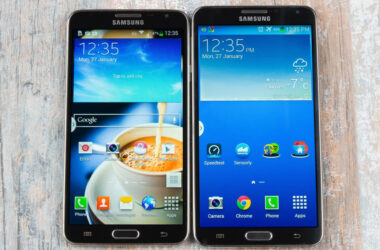