In the present era, companies are eager to grab the number one spot and become the top smartphone producing company.

This competitive attitude has led them to produce and launch new and improved smartphones every now and then. People do not have to bow down to the monopoly of a single company and purchase a smartphone at an exorbitant price.

With so many companies in the market, one has the option of comparing between various models of smartphones. Companies such as HTC and Samsung have recently launched new and improved version of their smartphones. Let us have a peek and discuss about the specifications and price differences between HTC One M8 and Samsung Galaxy S5.

The overall design of this second generation One resembles to its predecessor, the first generation One. Its unibody aluminum frame, dual front speakers, and a metal backing is similar to its earlier version. However, unlike its predecessor, the frame of HTC One M8 incorporates small amounts of polycarbonate, have a metal structure and a curved shape. The thickness is the same as its earlier model. The power button has been moved to the right side and the IR blaster is no longer incorporated in it. HTC One M8 uses nano-SIM card to save space. The new device uses software buttons such as ‘Recent apps’, ‘Home’, and ‘Back’ keys unlike in its previous model. HTC One M8 measures 146.3mm in height and 70.6mm in width. It is heavier due to its build, weighing 160gms. HTC One M8 has a 9.4mm super LCD3 touchscreen with Corning Gorilla Glass 3 for protection.

The Samsung Galaxy S5 is yet another Android smartphone manufactured and marketed by Samsung. Released in April 2014, Galaxy S5 is an evolution catering to the people an improved and textured rear cover, dust and water resistant, state of the art security features, sophisticated user experience, extended health features, and an updated camera. It has a very modest design with improvements in software, display, hardware, and camera. The polycarbonate chassis provides a very glam look. Galaxy S5 comes in plastic body but has a firm grip. Galaxy S5 measures 142mm in height and 72.5mm in width. It is light in weight in comparison to HTC One M8. Galaxy S5 weighs 145gms. The Super AMOLED touchscreen display is also smaller than its competitor measuring 8.1mm. It uses Corning Gorilla Glass 3 Touchwiz UI for screen protection.

The HTC One M8 has an upgraded hardware using a 2.3 GHz quad-core Snapdragon 801 having 2GB RAM. It runs on Android OS v4.4.2 (KitKat) operating system. The second generation One utilizes version 6.0 of HTC Sense software suite. One is equipped with non-removable Li-Po 2600mAh battery having standby and talktime up to 496 hrs and 20 hrs respectively.

Samsung Galaxy S5 is powered by 2.5 GHz quad-core Snapdragon 801 having 2GB RAM. This sleek beauty also runs on Android OS v4.2.2 (KitKat) operating system. The S5 comes with Li-Ion 2800mAh battery. The S5 has a standby and talktime up to 390 hrs and 21 hrs respectively.

HTC is a brand and once ruled the mobile market. Living by its reputation, the HTC One M8 has been priced at $749.99. In comparison to HTC One M8, the Samsung Galaxy S5 has a more reasonable price tag. The S5 is billed at $574.99.

Both HTC One M8 and Samsung Galaxy S5 are state of the art smartphones. The second generation One packs power and flair but priced exorbitantly whereas, the S5 has similar features at a reasonable price. The new generation is smart and they would compare between various smartphones and choose the one suiting their requirements. 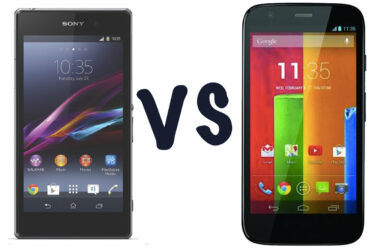 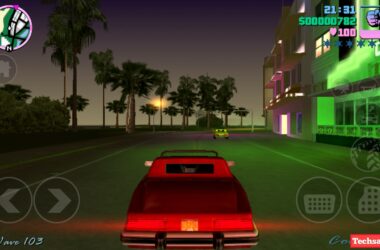 GTA Vice City for Smartphones: Hit and Run on iOS and Android

The Vice City of GTA or Grand Theft Auto game takes you back to the 1980s. It is…