Jailbreaking an iPhone implies that you are freeing the phone from the limitations that have been imposed on it by the carrier, which can be AT&T; Verizon or Apple. You can do it by installing an application on the PC and transferring it to the iPhone. It breaks the file system of the phone and you can then modify it.

Users would like to jailbreak their iPhone as it offers them opportunities for installation of third-party apps that are not authorized by the App Store. They can also install customized ringtones and even unlock the phone so that you can use it with carriers other than the one from whom you bought it. It gives the user complete access to the entire file system of the phone and helps him move beyond the restrictions posed by Apple on your phone.

Though there are more than 30,000 applications available in the App Store, users want more. Apple puts restrictions on some basic capabilities that are offered by other mobile devices. This includes customized ringtones, photo zoom, changing the look of the phone and so on.

Although you might be initially scared at the complicated methods involved for jailbreaking your iPhone, it is actually quite easy to do it. There are some tools, such as JalbreakMe and SuperOneClick, that can help you to do it. However, before you try out such apps, it is advisable to back up the phone and all the important data that you need to save. The phone should also be fully charged and must be plugged in.

After downloading the appropriate jailbreak software, unzip the files and place them on the desktop. Restore your iPhone and back it up as well as a clean install ensures that the jailbreak process goes through smoothly. Connect your iPhone to the computer through the USB port and the run the downloaded file. You will find a small window popping up.

You can click on “Jailbreak” and the process will start. Wait a few minutes. The installer will ask you to complete some tasks. You may have to click on the new application seen on your device screen. This will usually appear on the third page of applications. If you see any other instructions, you need to follow those as well. The process will mention that it is completed on your PC and that you can disconnect the iPhone from your PC.

Another tool is the Pwnage Tool, which is capable of jailbreaking the iPod Touch of the first gen and second generation. You can also browse several other third-party apps and download it on the PC. These are installed with software like Cydia. However, it is quite difficult to keep up with the software required for jailbreaking needs. Whenever hackers succeed in releasing a jailbreak, Apple updates the firmware.

The best part of the latest apps available for jailbreaking your iPhone is that most of them involve just a single click. If you are trying to jailbreak your phone and have the software for that particular version of iOS, don’t update to a newer version even if Apple releases it. You can check out your version by going to “Settings” and then “General” and “About.” 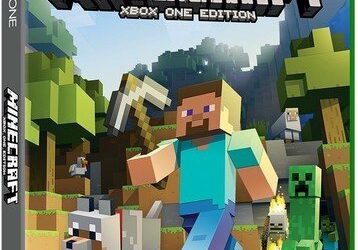 Download Google Hangouts for Free and Discover the Hidden Secrets

Google has been the much-hyped replacement for the older chat widget, Google Talk. Google replaced the older version…

Google Chrome vs Safari – The Best Free Download for iOS

Today, it is difficult to say that Google Chrome is vastly superior to other browsers like Safari or…