On Monday, the biggest and most expected event of the year made its debut and since many fans were anxious to hear more details about their favorite games which were already revealed, it seems that everybody was surprised to hear that Lara Croft will be back and Tomb Raider (Rise of the Tomb Raider, more exactly) will be launched on Xbox One (according to CNet).

The trailer made for Rise of the Tomb Raider was shown to the crowd and as much as everyone wanted to hear more details about the upcoming game that will be launched in 20015, Microsoft preferred to keep a dose of mystery.

So far, all we know is that Lara was traumatized after the events that occurred in 2012 and currently she’s under therapy. Crystal Dynamics said that “In the next chapter of her journey, Lara must use her survival skills and wits, learn to trust new friends, and ultimately accept her destiny as the Tomb Raider”.

If you want pure action and you’re ready to be taken on an exciting journey sprinkled with lots of action and awesome locations, then prepare yourselves for the game of your life!

Here’s the trailer of this awesome game:

The rest of Xbox One game announcements that were made at the E3 are: Sunset Overdrive, whose release date will be on October 28; Forza Horizon and Dead Rising 3 which were released on June 9; Halo 5: Guardians, whose release date wasn’t set yet, but we know for sure that it will happen in the fall of 2015; there’s also Halo: The Master Chief Collection, with a Gardians multiplayer beta, and this saga will be played starting from November 11, on a single console, with Xbox One. Halo’s collection consists of: Combat Evolved and Halo 2,3 and 4, which will run at 60frames/second and 1080p resolution.

This fall, will be released:The Witcher 3: Wild Hunt, Assassin’s Creed Unity, while the French Revolution + Tom Clancy’s The Division’s release date will be delayed for 2015. 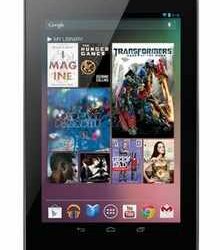 NVIDIA just recently released its new SHIELD tablet in two versions: the LTE and the Wi-Fi only one.…

Google Nexus 5 vs Samsung Galaxy Note 3: Which Smartphone Would You Choose?

Return of Flappy Bird as a Multiplayer Game