It seems that Microsoft is focused on games, this year. Here are three of most waited games for Xbox consoles, which were announced at the E3 2014.

Halo 5 Guardians was one of the main features of Microsoft’s E3 conference. Despite the fact that the game will come somewhere in 2015 for Xbox One, they specified that Halo 5 Guardians Multiplayer beta will be available from December 2014.

However, Halo fans can get their “Halo: The Master Chief Collection”, which will be out on November 11, 2014. It seems that this package is coming as a part of Halo 2’s 10 year anniversary.

Rise of the Tomb Rider

The new Tomb Rider game called “Rise of the Tomb Rider”, it’s developed by Crystal Dynamics and they announced that it will be released in 2015 for Xbox platforms.

In this game, Lara Croft will have to use her survival skills and wit in order to survive. They said that this new game will take the players on a journey and they’ll visit the most beautiful places.

Sunset Overdrive is a third-person shooter video game developed by Insomniac Games, which will be released on October 28, 2014, for Xbox One. This was confirmed at E3 by Ted Price, the CEO at Insomniac Games.

Below you can see a teaser trailer of this upcoming game:

Xbox Live comes with a new online mode called “Chaos Squad”, that will be a co-op mode formed by 8 players. The studio said that they will add more updates to this game. 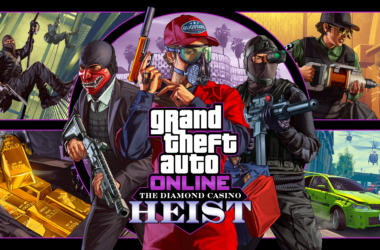 GTA V 1.17 Update on the Way – Not Likely to See Heists Update Soon

There was a leak this week that shed some light on the upcoming GTA V Online patch; unfortunately,…