GTA 5 Confirmed For PC, Xbox One and PS4, Releasing This Fall

After months of speculation and a bag load of rumors, GTA 5 has been officially confirmed to arrive on all major new gen platforms.

The game is scheduled to get released this fall on PS4, Xbox One and PC. An actual release date will most probably be on 28th October, according to an Amazon listing. Confirming the news, Rockstar has released a new trailer on YouTube with a headline that the game is indeed coming to next gen consoles and PC. Earlier, it was rumored that the game may never make it to the platforms or will most probably be postponed to 2015 which might have ended up as a long wait. But, during the Sony E3 2014 conference held on June 9th, the company confirmed that it is indeed getting released on PS4. After the initial commotion on whether it is coming to other platforms or not, it was clarified later by the developers that the game is set to embrace them all which is great news for the entire gaming community.

No other game could have reached the phenomenal success that Grand Theft Auto 5 reached in the past few months. It got released only on Xbox 360 and Playstation 3 but sold millions of copies and made a solid one billion in revenue. Rockstar sternly maintained a prolonged silence whenever someone questioned whether it will land in new gen or not. In fact, it was evident right from the beginning that they wanted to lure players to buy the game as soon as possible while reserving more sales when the game comes to Xbox One and Playstation 4. Their marketing strategy has now been confirmed but the delay between the release is really huge because it is about to get launched after a complete year but you can say it is all part of the game! They succeeded in their efforts and made sure that almost everyone who owned an older generation console purchased it in the meantime. It was such a grand E3 event this week which confirmed a whole lot of titles and there will be plenty of new information coming out every other day.

One of the biggest advantages of bringing GTA 5 to Xbox One, Playstation 4 and PC is that the game could finally show off its true potential. The title used inferior graphics because to make a new game run on a decade old hardware is not easy. Rockstar did a good job but now they can finally push the game’s graphics as well other features to its best extent, powered by the latest hardware in these platforms. The catch however is that, if the porting is not done the right way on any of these platforms, especially PC, they are going to be bashed by the gamer community a lot. Let’s hope they don’t do such things because with Steam boxes coming next year, it is important that developers consider PC as an important platform as well as it might gain momentum in a different way. 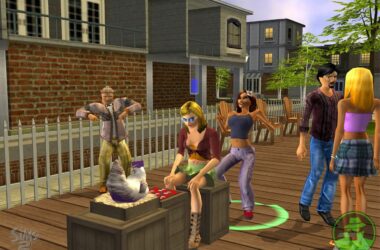 Apple still remains secretive regarding its upcoming iPhone 6’s release date, although according to rumors and speculations, the…