Clash of Clans, developed by Supercell, is a very popular PvP strategy game for iPad, iPhone and Android devices. In order to succeed in this game, you will have to build a good strategy, so today we’re going to give you some tips on how to destroy your opponents.

Clash of Clans: How to attack

We’re going to tell you how you should attack in order to maximize your trophies while getting a decent amount of resources from your battles.

In order to get trophies in Clash of Clans, you will need to win battles. You will win in two ways: destroy more than 50% of the enemy base or destroy your enemy town hall.

In Clash of clans, your troop selection is essential. Also remember that some of your troops prefer to attack a specific building.

Giants will go for defensive buildings, Wallbreakers for walls, Goblins for elixir and gold and Archers, Wizards and Barbarian will attack the closest target.

One of the most used combinations of troops is: Giants, Wallbreakers, Goblins and Archers. You will want to start by sending one single Giant in order to distract the enemy’s defenses and after that send 2-3 Wallbreakers to take down the walls. Once the walls are destroyed, send Giants to take out cannons, towers and mortars. After these structures are down, send Goblins to gather resources.

Keep in mind that Archers can do great damage to mortars and cannons’ structures, while staying out of range from them.

Clash of Clans: How to defend yourself

The mortars are your most useful defensive structure. They deal a lot of splash damage and hit from far distance. If you lose them, most likely your base will fall down. Using walls around the mortars might give them enough time in order to kill your enemies, so build walls around them.

There are some other defensive options such as spring traps or bombs, which you can place in strategic locations. You will want to place them where the other player will not expect.

Clash of Clans: How to get Gems

The gems from Clash of Clans will give you the chance to get new builders as well as instantly complete troop production, research of buildings. Many buy them with real money but if you don’t want to spend a penny while playing this game, there are ways that gives free gems.

You will want to complete as many “Achievements” as possible. Each of the completed achievement will bring you 5-20 gems. You can even get 450 gems if you reach 1250 trophies. Also try to “clear” bushes, trees or logs since most of them hold around 1-3 gems. 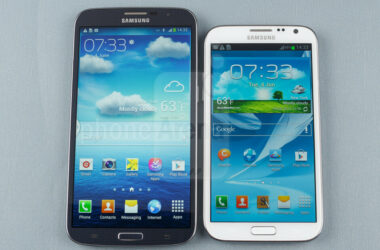