Boom Beach has become one of the most popular free games widely played on cell phones, after Angry Birds and Clash of Clans.

Although originally developed for the iOS platform, the wide acceptance of this game around the world has resulted in developing the game for Android and Windows platforms as well. With the release of each version of the Boom Beach game, avid gamers are treated to some new feature or addition that is truly worth exploring.

The Aim of Playing Boom Beach

The game can be played in two ways: as a single player or as a multiplayer. However, the sole aim of the game is to protect your wonderful village set in an island and surrounded by woods and beaches against your opponents. The opponents are referred to as BlackGuards and operate under the leadership of Lieutenant Hammerman. At the same time, as your village expands, you will have to start exploring for unoccupied territories to obtain wood and gold resources. You will also have to set free enslaved islanders. As the Boom Beach game proceeds, you will also gain access to stone resources. As you conquer beaches, you win trophies.

Tips to Win Against BlackGuards

You will have minimum resources and troops to begin with. Carefully analyze each game and make a wise move. Start by using your in-game diamonds and coins wisely. Also, travel to neighboring islands and free the slaves there. Help the locals in claiming what rightfully belongs to them. Since you can build only one building at a time, spend time in building those items that require less time. This way, you can build more objects before time runs out resulting in you losing the game. When an item is built, Boom Beach will indicate this to you through an alert.

Make sure that whatever you construct the first time is made from wood. You can upgrade them later with stone or iron. As constructing a building can take up to two hours, you must continue your attacks and exploration as you build the structures. So, you must be ready to put your multitasking skills to test at this stage of the Boom Beach game. Also, work towards upgrading your headquarters as this can help you to unlock all buildings. It is a good idea to have the upgrade done as it can help you to get to Level 5. At this stage, more things start opening up.

Another thing you need to be cautious about, while playing Boom Beach, is to use your diamonds carefully. If you use them carelessly, you will end up having to spend real money to buy more virtual diamonds. Additionally, consider building a radar as soon as you can. With the radar, you can explore more areas that can be attacked, as well as unlock medals, wood and gold.

Who can Play and Languages Supported

Although Boom Beach is a free game, it is recommended for those who are over twelve years of age. Children below this age are expected to play the game only under parental supervision. A key reason for the growing popularity of this game is that it supports multiple languages. Some languages that the game is available in include English, Russian, Korean, German and Spanish, to mention just a few.

While in many ways, Boom Beach resembles Clash of Clans with its user interface and game rules, there is one major difference. In this game, the only way to win a war is to demolish your opponent’s headquarters. Needless to say, diehard fans of Clash of Clans are sure to find playing Boom Beach irresistible.

WhatsApp, the recent acquisition by the technology giant Facebook, has given the social media messengers a run for… 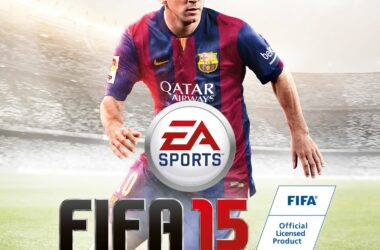