It just couldn’t get more annoying than this! Developers and publishers have started postponing as many titles as possible to 2015.

Seriously, can one gamer buy them all within one year, especially with so many of them being AAA titles? Earlier, it was the Division, Witcher Wild Hunt and now Batman Arkham Knight, another anticipated game of 2014 has now been postponed to next year. Players never had a problem when a title gets postponed to another year but when one of the biggest IPs of recent times, Watch Dogs fails to deliver what is promised, they get really annoyed. When a publisher claims that they need more time to fix bugs, hone out graphic quality and make the game more impressive, they should keep to their word. Ubisoft hardly justified their act. They showed off the game during the E3 2012 conference, a good two years ago. The trailer looked amazing and everyone wanted to play it. It never got released in 2013 as promised, but got postponed another year. Now, when finally the game is out, its graphics looks extremely shoddy even on next generation consoles and the hassles that PC players faced is endless.

Whenever huge titles such as Division or Batman Arkham Knight are delayed, developers are supposed to deliver the right quality. Ubisoft has miserably failed in their attempt because Watch Dogs hardly meets the immense expectations that players had, in terms of performance and game play. It is the fourth installment in the Batman series. While Arkham Asylum was a huge hit and Arkham City had significant improvements in terms of gameplay, Origins was not up to the mark. It wasn’t the best title from Rocksteady but the studio still holds the credit for reinventing the franchise with its action packed design that inspired many new titles.

The trailer revealed a lot about the game, including more intense open world game play and the ability to drive your favorite bat mobile around with ease. All the menacing villains are set to return, including Penguin and Riddler. The story line is vague at the moment but more details regarding the game might be shared during the upcoming E3 2014 event. The team at Rock steady is now keen on building a huge Gotham city, which will give players a completely new experience and they opine that delaying the game will allow them to achieve their goals without any comprise.

The serious issue that gamers have been discussing in recent times is delaying a game and reducing its graphics quality. While Witcher Wild Hunt promises that it is not going to downgrade the quality of their title but rather increase it, it’s again Watch Dogs that got seriously downgraded. It was made inferior to allow it to run on PS3 and Xbox 360 which is a blunder that Ubisoft committed. If Batman Arkham Knight doesn’t follow suit, it is safe for now because players want next gen, not old gen!

Do you love networking and gaming? If you are looking to get a blend of both, here is… 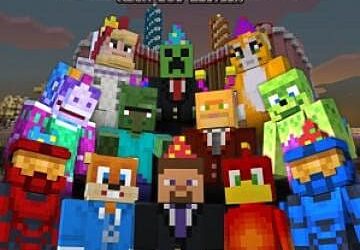 It is always fun to have exclusive characters that can be played only on our favorite console. Commemorating…