The internet can go abuzz with even the most trivial news and the newest one related to Assassin’s Creed Unity is a great example.

At E3 2014, it was one of the most hyped titles and even though the game looks a lot similar to its older installments, it had good co-op and some impressive set pieces that wowed the crowd. But, the controversy was triggered when everyone suddenly noticed that there were four male assassins but no females. If you are an ardent gamer and have some good sense etched in your mind, you will just shrug your shoulders and walk off. Even the girl gamers wouldn’t mind much because game titles don’t allow creation of girl avatars unless it is actually required.

There is Tomb Raider with a female protagonist, Lara Croft is known around the globe for her brave adventures and well err… her looks! And, games like Oni had it as well and in Prince of Persia series from Ubisoft, the princess had an integral role to play. This has nothing to do with feminism or degrading women in the gaming world. But, the recent uproar looks like the media and some gamers were actually looking for something to start talking about and they got it at Ubisoft’s conference.

From one perspective, it might look silly that the developers at Ubisoft claimed Assassin’s Creed Unity doesn’t have female characters because they need more resources to develop them. Over nine different studios worked on the title but they couldn’t afford one person to work on it. This is what they claim and there might be some truth to it. When you have all your resources allotted for multiple aspects of a game and doesn’t have the space for more, things like this could happen. In the community, gamers say no one asked for a female Mario, Link or Sonic because these characters were designed for the titles. Similarly, Ubisoft had already made Assassins Creed game with a female lead which denotes that after all they didn’t fail to make one female character in Unity but rather it didn’t fit into their design circle.

Critics and gaming industry experts opine that when there are so many relevant issues in the industry to look into, people are wasting time on something non-existent. They could rather focus on the fact that most games are being rehashed with hardly any new IPs in sight and the technical quality of the games are being diluted so that they can keep running on inferior hardware. There was a time when consoles used to be the go to place, for gaming and when PS3 launches, it was higher in terms of hardware when compared to a PC of the same era. Setting up a PC was much more expensive, whereas the PS3 offered gaming glory as did the Xbox 360. Now, the consoles are literally low powered machines for which games are being optimized; and that keeps pulling innovation backwards. They hope things change and actual issues will be addressed.

The latest flagship of Sony, the Xperia Z2, came out into the market only a few months ago.… 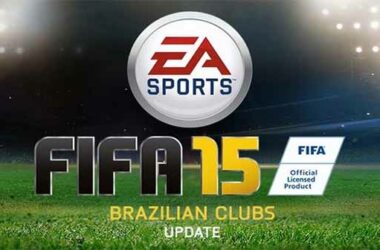 EA is leaving no stones unturned for their upcoming soccer game FIFA 15, but they have failed to…