Amazon has set out to bring in something entirely different to the table, with the unveiling of the first smartphone this month. The device brings in a completely new way of interaction with your smartphone. The phone is very well built and gives a solid feel in your hand, though it is not very heavy. The buttons are very minimalist and are convenient for activating the Firefly feature or the camera. The phone comes with a screen size of 4.7 inches and an aspect ratio of 16:9. It can be easily handled and controlled with a single hand.

The Fire phone from Amazon.com Inc. brings in a new perspective allowing users to see in a three-dimensional way. This feature involves the use of 4 infrared cameras that are pointed towards the user’s face. This enables the device to judge whether the viewer is looking at the phone straight on or at an angle and also the proximity to the screen. The device then adjusts the picture in accordance, so that the viewer is able to view depth in the pictures. You can see objects, zoom them and also enjoy other features, such as toggling through the websites and menus, or play games. You can do all this by just tilting your device backward and frontward while viewing it.

The new Amazon Fire phone also brings in a feature known as Firefly. It brings about an enhanced reality to the picture by converting the device into a tool for recognition for book covers, DVDs, movies, phone numbers, websites, CDs and so on. These are then pulled into the device, giving you shopping details for them so that you can take the appropriate action. The feature is very useful for making price comparisons while shopping on Amazon. For instance, if you are walking around in Walmart or in Target, you just have to use this feature and instantly get the prices and check out the comparisons. The device offers recognition for a hundred million such items. You can also link information related to your credit card to this Firefly feature, which makes it really easy to make purchases just by making a few taps. In addition, the advantage is that such tools are available for developers, thereby enabling greater contributions to smartphone devices.

The 3D effect on images is stunning. When you swivel the phone, the pictures get depth, allowing the viewer to see the objects located in the foreground. This tool is also very useful in gaming. For instance, you can control a figure, making it fly upward or downward, by nodding the head or by keeping the phone flat and upright. All these things are done with respect to the person’s face. By quickly swiveling it to the side, you can even view-hidden menus or some screens. When you are in the maps application, a quick swivel can bring up the Yelp listings or if you are viewing a site, the words start scrolling if you tilt the phone away. But this feature might also set off actions that the user does not intend.

The phone is packed with a lot of useful features, such as Mayday function offering live help. This feature tool helps the user in getting the advantages of prime membership with Amazon at $99. The benefits involve book reading or listening to music and so on.

In addition to all the above unique features, the phone offers a dynamic perspective that will forever change the concept of smartphones. It also offers a world of options for application developers. Sometimes, it’s nice to be different. 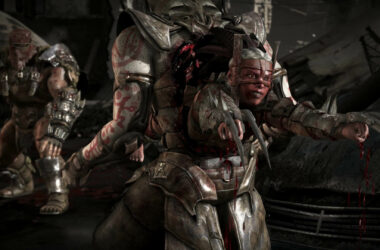 Mortal Kombat, developed by NetherRealm Studios, is an upcoming fighting game which is scheduled to be launched in…