While we have thoroughly enjoyed using WhatsApp, we have to bid the app farewell at least, for now.

This cross-platform messaging app is one of the most popular of its kind with over half a billion people using it. It has become the ultimate app for free text messaging. Unfortunately, as of the moment, it doesn’t do more than that and we’ve found an app that offers more services than WhatsApp and we’re sticking to it instead.

Viber is a popular cross-platform free calling app. It offers more than what WhatsApp is currently offering. Viber, aside from its free messaging feature, also allows you to get free voice calls. That means you can call anyone using Viber for free. The two apps are both free to download but Viber remains free. WhatsApp charges you a small fee of $0.99 per year after the first year of free subscription. Although it’s not a huge amount of money, and we don’t really mind paying the small amount, most people will still choose an app that remains for free the entire time.

Viber Also Allows You to Make Calls outside the App

Viber is free for the first year and the years after that you use it. Another commendable feature of Viber that WhatsApp lacks is that you can call your friends who don’t use Viber from your Viber app. This feature is called Viber Out. You have to purchase Viber credits to use this feature but the rate of the call is fairly smaller compared to other apps. This feature will also come in very useful if you need to make a call to a friend who doesn’t have an internet connection at the moment.

We may be saying goodbye to WhatsApp for now but it doesn’t mean that we won’t be missing the app; after all, it’s one of the best we’ve tried so far. One noticeable thing in WhatsApp is the absence of ads, and even if the app has been sold to Facebook owner, Mark Zuckerburg, the people behind WhatsApp insists that the app will remain to be ads-free. WhatsApp also has the best quality and we like it for its simplicity.

In addition, it was also recently announced by the company that it will soon be offering free voice calls as well. However, there are situations where a free call is necessary and in order, and unfortunately, WhatsApp is currently incapable of providing this for us. That is why, in the meantime, we’re going to choose Viber over WhatsApp. Viber also has a great quality of voice calls that we can surely take advantage of.

Because WhatsApp has a great reputation of delivering good service to their text messaging feature, expecting another great service of their upcoming free voice call feature is also inevitable. Once the feature has rolled out, we will be saying hello to WhatsApp again, and hopefully we won’t have to say goodbye again. 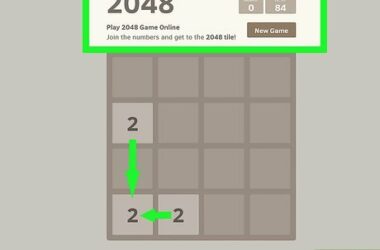 2048 is the newest addictive online puzzle game. The game is also available for iOS and Android users.…