What Will Happen If Apple Takes Over Beats by Dr.Dre?

Last week, it was reported that Apple was considering taking over Beats Electronics for a reported sum of $3.2 billion.

Beats Electronics is a music streaming service and the report has drawn a lot of discussion as well as criticism from the industry.

If this takes place, it will be one of the biggest acquisitions of Apple to date, with one great brand buying another great one, as Apple has a history of buying only smaller companies. There are many questions being raised in this acquisition, whether Apple is trying to bring in the cool factor to its name or whether it is trying to reenter the music streaming competitive field. It was also doubted whether it was related to Jimmy Lovine, an executive very capable of taking over the strategy from Apple.

Apple is a very smart organization and would never consider spending an amount of $3 million for a music streaming company or an accessories company. It is probably part of something bigger.

It is also possible that the acquisitions can have a positive effect on Apple’s products. Though Apple seems to be flush in cash with profits of $9.5 billion during the last quarter, the company has not introduced any pioneering product after the iPad in the year 2010 and has only been polishing up the existing products.

There is no official deal announced yet, but Dr.Dre, the Beats co-founder has confirmed the news about the talks for buying Beats Audio for $3.2 billion. Some feel that the deal will be good news for those in Cupertino in California, as Apple is sure to turn the acquisition to its advantage and get greater value than the purchasing price. For one, it will increase the cool factor of Apple, as the headphones are a fashion statement and having the B signature on the earphones is a very popular and cool trend among teenagers and also among celebrities.

It is also true that music downloads from iTunes are slowly on the decline, so Apple’s influence in the music industry is slowly going down, as iPods are no longer ruling the roost and it is possible that with the merger, there will be many cool kids ready and waiting to buy the new iPhones with the Beats headphones at retail stores.

If you have noticed the mobile interface of Beats, you might see that it has some really cool features, with swiping selection tools and refine buttons that pop down and is a perfect fit for the iOS 7. Beats have a fantastic streaming product and this will enable Apple to move to that space. For instance, iOS users can now use Siri to call up their Beats playlists.

However, on the downside, many also feel that it might be a huge mistake on the part of Apple to acquire Beats. The Beats headphones are very popular now, but it is more of a fad and not really quality based. In fact, it has been commented that the fad is slowly waning, as many youngsters are not even wearing Beats any more. Apple can easily buy a much smaller company with better audio and a better reputation at a lesser cost.

After all the rumors, as of May 9, there is news that Apple has acquired Beats Electronics in its deal worth $3.2 billion. However, there is no press release yet. It is rumored that the company takes over the speakers, the fancy headphones as well as the music streaming service, which will work on iOS as well as Windows Phone and Android devices. This addition could prove really beneficial for Apple, as Apple’s position in the musical industry can be cemented further. 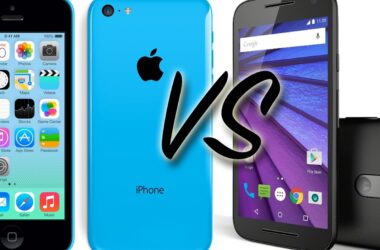 If you have been eyeing both the Motorola Moto G and Apple’s iPhone 5, here’s a comparison between… 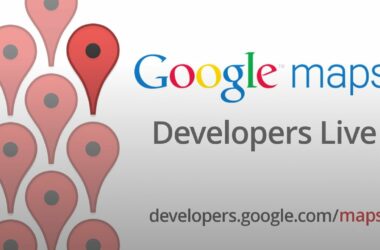 It’s been more than a year since the release of the brand new version of Google Maps. The…