Mass Effect 4 is currently one of the most discussed and anticipated games in most of the major gaming forums.

Even though its release date is far off in 2015, with the developers not giving out much information, fans are letting speculation about the game take the front stage. With a ton of rumors going around, it is hard to keep up with the certain information about the title. However, there are a few major spoilers that are definite and genuine and that reveal a bit of what Mass Effect 4 is shaping to be.

It Won’t be Shepard

If you haven’t come across this information, while on the lookout for Mass Effect 4 news, you might be living on a distant planet, but whether you didn’t know or doubt it, it is clear that the next game in the franchise won’t be focused on Commander Shepard. The new game won’t be a direct continuation of the story of the first trilogy, but will rather be a new one with a brand new protagonist, set in the distant future in the same game universe.

Even though this was thought probable, having in mind the disappointing for most ending of the first Mass Effect trilogy, it is also certain that everything you did in the previous games won’t matter in this one. Moreover, although the actions of Commander Shepard and his team will be noted in a way to a certain extent, the new game will solely be focused on the new story that the developers will introduce us to.

Another slightly unimportant, but still very certain statement about the game that can be made is that it is not going to be called Mass Effect 4. However, as the new name of the game is not yet certain, people are referring to it as Mass Effect 4.

The Most Probable Rumor

One of the highly probable rumors is the so-called “PAX Prime 2013” leak. According to speculations, 21 people were chosen to meet with BioWare for a two hour presentation behind closed doors regarding Mass Effect 4. Even though the contents of the meeting were not disclosed to the made public, certain insiders gave out the information that there will be two new alien types that include an “arrogant” skeletal race and an “ancient, advanced guardian” race. Mako-esque land vehicles were apparently also part of the presentation as well as models for various environments. However, even though this is thought to be the most probable rumor, nothing at this point can be certain about the information it provides the fans with.

As the developers reached a milestone back in September, 2013 sharing the information that they have a playable build of the game, a release date is sure to be either in late 2014 or 2015. However, new information about Mass Effect 4 is not expected to be seen, until Dragon Age: Inquisition is released in October, 2014, leaving us only to hope that we will hear something new about the upcoming title either at E3, 2014 or the VGX Awards in December, 2014.

There are different types of social mobile apps available; however, WhatsApp has managed to be the best out… 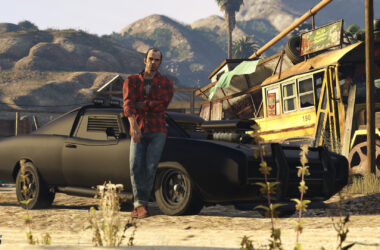 Ever since GTA V was launched on PS3 and Xbox 360 consoles last year, the big question is…