Watch Dogs – Is the Game Disappointing?

Watch Dogs was one of the most anticipated games in 2014.

Offering new and innovative gameplay elements in a futuristic setting, the game was well received by the fans ever since its announcement at E3 2012. With breathtaking graphics, the tech demo of the game ensured that Watch Dogs will be a true next-gen masterpiece. However, recently fans began accusing Ubisoft of downgrading the game’s graphics, similar to the Far Cry 3 scenario. At the end of the day, is Watch Dogs a huge disappointment, or is the game actually worth buying?

The story of the game revolves around a futuristic Chicago, where everything is controlled by a central operating system known as CtOS. The protagonist in Watch Dogs is a hacker, which has a smartphone and is able to hack into the central operating system, thus providing the player the ability to perform various changes in the in-game world. The open world Chicago is truly astonishing in its vastness and detail, but what’s truly grabbing is the game’s hacking portion. With a simple push of a button, the player are able to hack into ATMs, trigger environmental traps and more. This gives the player a wide array of creative options to finish the player’s objectives that are not only different from other action games, but also give the player amazing visual effects, such as explosions and more.

Even though the main protagonist is empty as far as his character goes, the supporting cast is vast in its variety. Watch Dogs features amazing character animations, which further add to the humanity factor of the game. Moreover, as the game is focused on the widely available information, with a simple scan of the player’s surroundings they can get information about every passing stranger. Although this information is randomly generated and does not add to the story of the game in most cases, it further lights up the in-game world of Watch Dogs.

The story of the game is quite compelling at first. With gripping complex elements, the players are drawn into exploring this world ruled by media manipulation and controlled by information. However, as the players progress into the game, the story gets more mundane. When the players start to understand the motivation behind the actions, everything starts to fall apart in its serious complexity and to top it off the villains in the game are just not that well thought up.

Even though the graphics may be a bit downgraded compared to the tech demo, Watch Dogs is nonetheless beautiful. Even though the game may get repetitive at times, it features a huge variety of side quests and mini games to enhance the player’s gameplay experience. The world of Watch Dogs is vast and extremely detailed and the characters in the game feel humane. However, when it comes to the story, the game fires the player up and just doesn’t manage to deliver. The game is currently available for the PC, PlayStation 3, PS4, Xbox 360, Xbox One and Wii U. 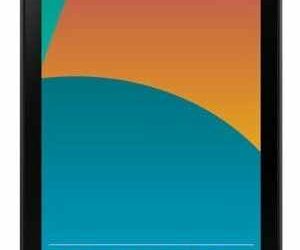 While there is no official confirmation yet, the market is buzzing with reports of Google Nexus 8 tablets.…