When a game allows you to roam freely around a huge city, and it has a protagonist with hacking abilities and an action-packed storyline, it is obvious that you would want to check it out.

Ubisoft’s Watch Dogs has every element incorporated into to be the next big blockbuster and the new IP will soon be the next Assassin’s Creed or Prince of Persia with new installments every year.

It is one of the most hyped games of recent times and despite its release date being delayed by a year; the game did not lose its charm. The company has officially declared that it is one of the highest pre-ordered IP in Ubisoft history and is also the most ordered title at Gamestop. Having such a great opening week for a game definitely promises a great future and sales trend ahead. Such mammoth sales are usually witnessed only for well-known franchises such as Grand Theft Auto or Call of Duty. It is a pleasure to see a completely new game leading the race now.

Commemorating the sales, Gamestop is all set to allow players to play Watch Dogs right in their store on launch day, from 9 PM onwards. The game retailer confirmed that they will be keeping their 3,500 stores spread across the United States open so as to push sales of the Ubisoft game. Even though, pre-orders over the web are high, the store expects there will be a huge bunch of players who like to own physical copies and will prefer visiting the store in person to grab them. It is known that the PS4 bay where the game is available to play will definitely be crowded and you may hardly have a chance to try it out, if you live anywhere near the Gamestop stores. It’s always better to grab a copy, go home and play it at your leisure.

Most Successful IP Ever

Going by the sale, Ubisoft firmly believes that Watch Dogs is going to become the most successful IP ever and it is obvious that the company will be releasing installments in the series, which will further expand the virtual city of Chicago. The game is scheduled to launch on all major platforms including Xbox 360, PS3, PlayStation 4, Xbox One, and PC. The Wii U version is in the charts but it has been postponed to a release date in the next couple of weeks.

Even though the open world gangster game GTA 5 didn’t make its way to next gen consoles or PC leaving fans disappointed, Watch Dogs is expected to make up for the same. The game premise is different from one another but it has the potential elements in it which allows free roaming that might interest players to a great extent, as the GTA games usually do. Besides, the concept of gangster fights is so old school while hacking is more contemporary and sounds cool. It will not be surprising to see it evolve as the new Grand Theft Auto for the next generation. 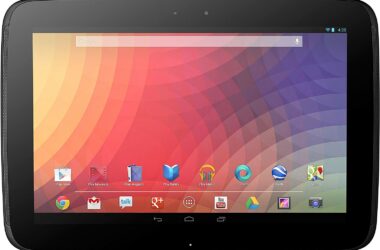 The Google Nexus 10 is a flagship super-high resolution Android tablet. It is made by Samsung and sold…

Oculus Rift is back on our lips, because, again, the set of virtual glasses has received an interesting… 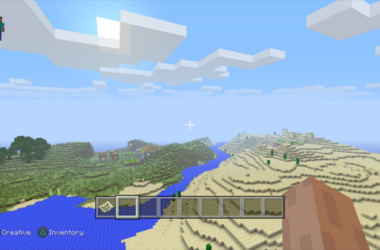