Viber – What a Boon in your Hands

When we were using Blackberry messenger service, BBM, we felt on top of the world to remain in touch with our contacts, personal or official wherever in the world.

It was free and we just needed an internet connection on our Blackberry device and the person we could send the messages to had to also have a Blackberry. We have moved so far from that scenario just a few years ago to now when we can make free calls to anyone, anywhere in the world – thanks to Viber. The only conditions are that both need to have a Smartphone and have a WiFi or 3G connection.

Almost Every Phone and Every Gadget

Viber became popular as a free calling app on the Android platform, but today, Viber can be downloaded and used on every gadget you use, Mobile phones, Tablets, Laptops and PCs. To that extent, it is giving a big fight to Skype, which has been a default application for making free voice calls over the internet across the world. But were you wondering if Viber can be downloaded across all these platforms, what about the operating systems? Yes, it is true. The free Viber download is available in an every OS, Android, Windows (both Phone and PC), Blackberry OS, IOS, Symbian, Bada and even Mac OS and so on. So, virtually every gadget can be used for making free calls.

It’s Not All Free All the Time

Of course, one has to hasten to point out that the Viber messaging is totally free, but making voice calls are free as long as the person you are calling also has Viber installed on his phone or laptop or PC. If you wish to, for example, make a call to a landline or mobile without Viber, you have to pay a small price. This service is called ‘Viber Out’.

Over 300 million users have already downloaded across platforms and are successfully using Viber. The sound is of HD quality so you are assured of clear conversations. You can send images, videos; there are over 1000 stickers that you can send along with the emoticons. You can even share your location with someone you wish to keep informed. Youngsters like to make groups among themselves. Viber allows up to 100 persons with Viber connections to be in a group. There is also a push notification Viber feature by which you can track the calls and messages you missed when Viber was off. What is more, Viber is localized for several countries and the native languages.

Version 1 of Viber was released in July’2010 and from there the developers have kept releasing the updates, fixing the bugs and improving the features and we now have the latest version 4.2.1 released. Unlike some of the other similar free messaging apps, Viber does not have advertisements and that saves you some irritation. Naturally, all platforms would not have provided for Viber to feature in their OS unless the app is dynamic and very popular.

So go ahead, download Viber onto your Smartphone. There is no need for any registration. It will automatically identify the Viber contacts available from your phone contact list and there you can start using Viber. 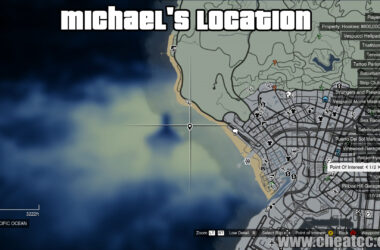