Social networking apps are a great way for getting in touch with old friends as well as making new ones online.

In case you wish to chat with someone, share pictures, and make video calls or just to have plain simple fun, these are the social networking apps that are an absolute must have for 2014.

This is the best app for making anonymous chats from your android or iOS device. It is a great way in which you can anonymously communicate with the people around you. The app only support text making it even more secretive as you do not have to reveal personal information in the form of pictures and videos. The app started as a bulletin board app and you can even get to up vote and down vote other peoples post all anonymously of course. This is a great app when you are looking to have fun and chat with people while still protecting your identity under the adequate anonymity provided by the app as well as the secretive text only messaging system.

It is said that a single image can speak more than a thousand words. This is the case when it comes to Snapchat. The app, which is available for both android and iOS platforms, allows you to snap pictures from your smartphone and share them to your friends. One very interesting thing about this app is that the messages usually destroy themselves after 24 hours making it great for sensitive communication or just have plain fun. Sending a photo to someone can be a quick way to spark a connection and Snapchat offers just that with their amazing application.

Even though this app is not yet available for the iOS platform, the social networking platform definitely deserves to be on this list. It is an app for video chatting that lets you connect to people all over the globe at random. The app has a user base of millions meaning that you will never be lacking in terms of people to communicate with at random.

Available for both android and iOS, this is the app made for couples. You can use the app to send messages to your significant other. You can also share images, lists, calendars as well as doodles. This is a great app for making plans as a couple.

This is an app that combines social networking and gamification in one tight bundle. You get to earn points in the app for completing challenges such as visiting locations in the real world. This app makes you actually go out there and have a life instead of merely feeling you are connected to others.

Last but not least on our list of the best social apps for 2014, this app encourages the users to post selfies. It can be used to displays selfies along with posting hash-tags and a messaging system.

That is all for our list of the best social apps for 2014 and I hope you have enjoyed the review. Keep it here for more information.

One of the main problems facing a small business is cyber security. Threat today comes in several forms… 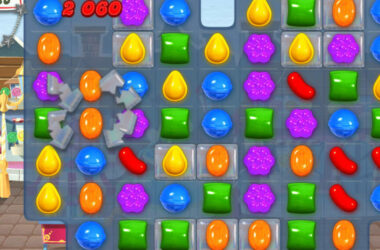