When looking for a smartphone, it is usually a question of which operating system you want to use.

Apple’s iOS and Google’s Android are the two most popular operating systems and while the two of them bring their own trademarks in the market, the main difference is the choice of devices. With Apple, there are very limited choices of devices, not to mention expensive ones, while Google brings you more options.

Google may have devices on the same price range with Apple devices, but there are Android phones which you can get for less. No matter what your budget is, what kind of software you want, or how big you want your phone to be, you can always find an Android phone for you. Here are the Top 5 Android Phones 2014.

The Galaxy S5 has a bigger screen – 5.1 inches bigger, and is equipped with Snapdragon 801 processor. However, that’s not the most interesting feature of this smartphone. The Galaxy S5 is dust and water resistant and has an IP67 rating. It also has a heart-rate monitor which you can find under the camera at the back and other health-related features which makes it the perfect choice for health-conscious people.

Moto X made quite a stir on its first launch in 2013. For a smartphone with mid-range specs, it was selling at a high-end price. As it turned out, Moto X is all about experience, not the specs. Its most prominent feature is the quick command. You don’t even have to touch the phone, just a quick “OK Google Now” and it’s ready to go.

If you’re not a big fan of large smartphones, then the Galaxy Note 3 is not for you as it has a 5.7-inch screen, making it tricky to hold. On the other hand, it has longer battery life compared to its predecessors. It is also faster and smoother and is 4G compatible. Even though the Galaxy S5 is already available, the Galaxy Note 3 is still worth your attention.

The 5.2-inch Xperia Z2 includes some of the best hardware today. It is processed by a Snapdragon 801, has 3GB of RAM, and it has a 20.7-megapixel camera. If you spend more time taking photos using your smartphone, the Xperia Z2 is the perfect choice for you. You can also use the camera to record 4K videos. The 4K allows you to capture images for at least four times better than the full HD. The Xperia Z2 uses IPS LCD technology which allows it to compete with other smartphones with the best screens.

Skype vs Tango – Winner With The Best Video Call Feature

“Video call” is one of the most used internet features. A lot of developers added the “video call”…

So, before telling us that Apple is one of the best tech brands and its products are worth… 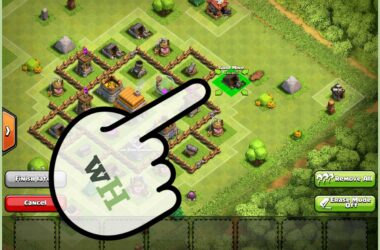 Clash of Clans – Best Tips and Tricks in Building Your Village