It is extremely common to find developers launching new updates from time to time even for popular games.

Have you ever wondered as to what is the main need for such changes? Why do developers keep launching updates even for those games that have managed to be popular? Here, we will try to ascertain some of these reasons in light of the updates that are launched for Clash of Clans.

When you are playing games, you will always look for challenges. If there is nothing that excites you in a game, you are not likely to play it for long. It is the exciting challenges, the changes, the new additions, and updates which give people the thrill to explore the game and try their hand at it.

If there is absolutely no change in a game, your interest factor will die down and the success rating of the game is going to be impacted adversely too.

The updates for clash of clans

The latest update that was launched was termed as the biggest clash update ever. As per the new update, along with every win that you register in the clan wars, you will also have the provision of holding the loot. Clan wars are basically strategic events that are fought between two separate clans. The event lasts for two days, namely preparation day and the battle day.

With these changes and updates, gamers have been interested and they are looking forward to understand these changes and analyze the ways by which it will bring a positive impact on their gaming skill and performance.

Did the update, improve the performance of clash of clans?

The addition of the loot bonus seems to be a strategic move because it will offer an extra incentive to the players. While you may not love a game that is a total cakewalk, yet, these changes and updates indicate that the game looks to be more balanced and well settled.

If you haven’t played this game before, now is the time to download this game and you can enjoy your time to the fullest. There are various levels and the game has been very articulately designed. The interface is catchy and the sound effects and the overall theme of the game is phenomenal and impressive.

Explore the different updates and now you will have an idea as to why developers are always storming their mind to come up with some of the best changes that can push the game up the popularity ladder. 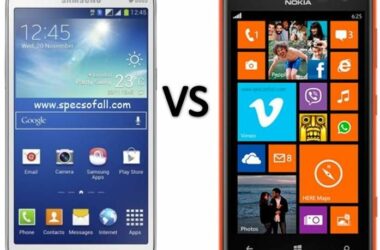 If you are interested in both the Nokia Lumia 625 and the Samsung Galaxy S4 Mini, here’s a…