Galaxy S5 features the perforated back to gain a matte finish as the result of implementations akin to the leather back of Samsung Note 3 unlike the plain glossy back of Samsung Galaxy S4.

S5 is available in the colors white, black, gold and blue.

Galaxy S4 came out with a 5 inch super AMOLED HD 1080p display with 441 ppi resolution. This provided the pictures a high contrast and is critically acclaimed as the best screen in its series. But this version has an upper-hand and a mighty advantage over its predecessor as the phone can be put to rest in a bucket of water, and will remain working. This is attained with its rubber-sealed ports and battery cover that keeps it sound and aloud. Galaxy S4 was released with 5.1-inch Super AMOLED HD 1920x1080p display with 430-ppi resolution to provide a sharper and robust effect for the colors captured. This phone is available in the colors Blue, white, black, red and purple.

Galaxy S5 – 16-megapixel.
Galaxy S4 – 13-megapixel.
Galaxy S5 Camera is stronger and differently shaped with ISOCELL Samsung and 16:1 sensor that provides sharper and extensively resolved pictures. Galaxy S4 has a Sony 13 MP camera and 4:3 sensors which, in turn, reduce the wide-screen resolution to utilize lesser pixel when capturing, as compared to its successor.

Both the phones have similar features of poor volume and quality in terms of its speakers, which is indeed a disappointment for the new version. Both are located on the rear.

Although both the systems have the same software, S5 has a newer version of Samsung TouchWiz as compared to S4 and some of the older elements on the phone are replaced by colorful circles, which indeed has presented a new look to it.

S5, as the figures show, has a higher battery life as compared to S4. The differences are due to the processor capabilities. The video playback continues for a 14 hours compared to the 11 of S4. S5 also claims the Additional Battery saving mode and provides access to use only the pre-selected applications during the same while S4 has a normal battery mode that reduces the brightness of the screen and reduces the speed of the CPU.

It is a well-acknowledged fact that iPhones are precisely crafted devices with excellent design, but the One M8… 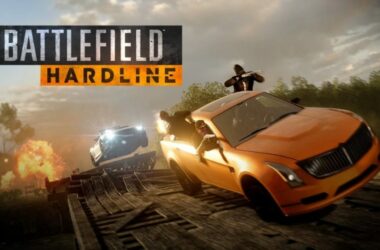