These two tablets were released in 2012, but even at that time, their producers have come up with the best solutions to make them smart and quick, equipping them with powerful processors and long lasting batteries. But let’s compare the two devices to see which one is better than the other.

The Samsung Galaxy Tab 2 was designed to work perfectly with a 1 GHz dual core processor and TI OMAP 4430 chipset, created by Texas Instruments. There are three variants of internal memories, 8 GB, 16 GB and 32 GB. The first two variants can be expanded by up to 32 GB. This tablet runs on an old operating system, the Android Ice Cream Sandwich, but you can upgrade it to the Jelly Bean. This device won’t let you down, although it has only 1 GB of RAM.

The Nexus 7 has a 1.5 GHz quad core krait processor and, of course, Qualcomm Snapdragon S4Pro chipset. There are two variants of internal memories, 16 GB and 32 GB, but you can’t expand them. The device was created to run on the Android Jelly Bean o.s., but if you want to, you can upgrade it to the KitKat. You’ll love this tablet even more, because it has 2 GB of RAM.

Back in 2010, the producers were trying to create high resolution cameras, and most of the devices had 2 MP or 3.15 MP. The Samsung Galaxy Tab 2 is from the last category, having also a VGA secondary camera. On the other hand, Nexus 7’s primary camera had 5 MP (autofocus). The device came with a 1.2 MP secondary camera.

Both tablets have non-removable batteries. The Samsung Galaxy Tab 2 has a Li-Ion 4000 mAh battery, while the Nexus 7 is equipped with a Li-Ion 3950 mAh battery.

On amazon.com, the price of a Samsung Galaxy Tab 2 8 GB variant is 225 dollars, while the Nexus 7 16 GB variant costs around 200 dollars. 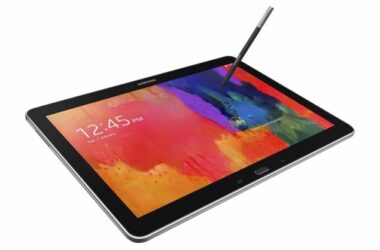 Table of Contents Hide Nexus 10Samsung Galaxy Note Pro 12.2 Nexus 10 is the result of the collaboration…