Samsung Galaxy S5 is an Android based phone, whereas the iPhone 5C is an iOS based Apple device, both presenting different approaches, suitable for different types of people.

Both the S5 and the 5C are flagship phones of their respective platforms and are considered among the best phones available in the market today. Both devices are of the capacitive touchscreen smartphones with both the devices being offered at around US$1000.
70-227

No doubt, the Samsung Galaxy S5 is a very popular phone in 2014, being the successor to the S4, and coming with loads of additional sensors and a newer version of the OS. The specs of the S5 are also very impressive, with a 5.1 inch screen, which is HD AMOLED, having a resolution of 1080p and powered by a Snapdragon 800 Processor of 2.5 GHz quad core, and a camera of 16 MP resolutions. Another new feature in the latest S5 is that it has a fingerprint scanner feature, similar to the iPhone 5S. Other new features include a waterproof feature, a camera flash and a heart rate monitor.

The iPhone 5C comes in a brilliant color and enhanced construction. It is a plastic design but reinforced with steel within to offer a solid feel in the hand. The case design also offers a lot of fun and different possibilities for personalizing it. The A6 chip is very efficient in using energy and you never need to worry about battery life. It also comes with new camera applications and filters.

The battery capacity of the S5 is more at 2800 mAh, whereas that of the iPhone 5C is lesser at 1507 mAh. Both, however, have removable batteries. The S5 has a better primary or rear camera of 16 MP with flash, with the iPhone 5C having a camera of 8 MP resolutions with flash. The front camera is also better in the S5, with 2.1 MP compared to the 1.2 MP resolution of the 5C.
Hardware and Performance

The OS of the S5 is Android 4.4.2 with TouchWiz, whereas the iPhone runs on the iOS 7. Both the devices offer connectivity features of Wi Fi, Bluetooth 4.0 version, GPS, and the S5 also offers NFC connectivity not present in the iPhone 5C. 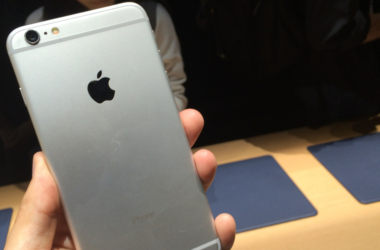