If you want one of the best smartphones in the market from leading brands, you can see how the new HTC One M8 stacks up against the Samsung Galaxy S5,

on various parameters, so that you can end your confusion and make an informed decision. The HTC One M8 is available at around $820 whereas the S5 can be bought for around $700.

Among the recent smartphones released in 2014, the HTC One M8 is a very well designed one, though it is not much different from its predecessor. It has a complete metal chassis with a premium look. You can use it single handedly, despite the large 5 inch display screen. Its dimensions are 146.36 x 70.6 x 9.35 mm and it weighs 160 g. The display is full HD and it has great viewing angles with vivid colors.

As for the Samsung Galaxy S5, it is similar to the other S phones with a plastic body and a chrome frame. However, it is tough and water resistant. It is lighter than the HTC one at 145 g and has smaller dimensions of 142.0 x 72.5 x 9.35 mm.  The screen is a 5.1 inches Full High Definition Super AMOLED one, with a bright display and good viewing angles as well as legibility in sunlight.

The HTC One M8 runs on the Android 4.4.2 KitKat version with the Sense 6, which is the latest version along with customized user interface from HTC. The Sense 6 includes flatter icons along with settings menu and navigation keys that are slightly sober. It also has an updated BlinkFeed feature on the home screen, bringing the user preferred notifications. There are not too many applications that are preloaded and it contains only the basic ones. However, the keyboard is fast and it is different from the usual Android interface, being more organized, and offering a cohesive experience when compared to Samsung’s Touch Wiz user interface.

Having said that, the S5 is loaded with Android 4.4.2 KitKat interface, with Samsung’s TouchWiz UI, which presents colorful icons. The settings menu has seen some changes with icons lying flat. The phone also has the BlinkFeed news feed application and the bar for quick access of apps, known as Toolbox. There are fewer preloaded apps and content from the stores.

The HTC One M8 has a duo camera in the back, where the second one aids in detection and separation of the background and the foreground, scanning depth and adding information to the image, but does not directly capture the picture. With this duo camera feature, the user can produce silhouettes and make changes to the depth as well as add a bokeh effect with the UFocus feature, cut/paste objects over pictures. You can also capture three dimensional like images using the Dimension Plus feature. However, it is not capable of recording 4K videos and is also not dust proof or water resistant, though offering a power saving mode.

The Samsung Galaxy S5 is water resistant and also has a fingerprint scanner as well as a heart rate sensor feature. The fingerprint scanner is useful for unlocking the device as well as providing authentication. In addition, the S5 has a 4K feature for video recording along with ultra power saving mode, which turns off some connectivity features as well as the mobile data when the screen is turned off.

The HTC One M8 offers excellent performance without stuttering. It takes excellent pictures and there is no lag while playing graphic heavy games either. The audio quality is also better than the S5 and multimedia performance is excellent. The S5 also is a snappy device offering great performance, but the TouchWiz UI makes it slightly slower when switching between applications, though the gaming experience and other tasks are quick. 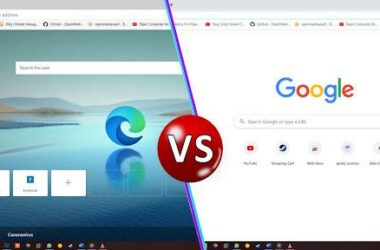