The smaller versions of the flagship devices like the Galaxy S3 have proven to be extremely popular.

This has resulted in Samsung coming out with a smaller version of the Galaxy S4. This device has also done extremely well in the market, where price conscious users decide to go in for such models. They have also been well-received amongst people who feel that the flagship devices featuring the android operating system are now too big. This strategy is expected to be followed the Galaxy S5, which will be announced in a smaller version in a few weeks.

The positive aspect – at least in the eyes of some – is the substantial reduction in the size and weight of the phone. The Galaxy S4 Mini is much smaller than the flagship device due to its 4.3 inch display. Using a smaller display has also enabled Samsung to provide with much lower resolution than the full HD display found on the former flagship device. This is almost a 1 inch reduction in terms of size, but Samsung is able to keep almost a similar pixel density due to its resolution of 960 x 540 pixels.

The Galaxy S4 Mini is also one of the lightest phones in the market today and just 107 g, which is incredible that it features a display that is even larger than the one found on iPhone 5S. The dimensions and other specifications of the Galaxy S5 Mini will be available after the official launch of the device.

The Galaxy S5 features a 5.1 inch display but the mini version is expected to feature a display in the region of 4.5 inches. This may not be such a reduction as the Galaxy S4 Mini, but it provides cool features like 720p resolution. This makes it capable of supporting more than 300 PPI pixel density. The reduction in screen size and resolution does not appear to have been translated into reduction in technology as well. The Super AMOLED technology found in the flagship devices also makes its way into the mini versions as well.

This area features a substantial reduction due to the eight-megapixel sensor that now occupies both phones compared to the 13-megapixel and 16 megapixel units found in the flagship devices. Along with the reduction of megapixel count, gone are the features like the ability to record slow motion videos and shoot 4K content. However, some premium aspects like LED flash and a very powerful front facing camera make the Galaxy S4 Mini and the Galaxy S5 Mini extremely competent devices in this regard.

Due to the substantial reduction in screen size, Samsung has been able to offer only in 1900 mAh unit and 2100 mAh battery in the Galaxy S4 Mini and the Galaxy S5 Mini respectively. Despite this, the two phones are able to provide more than enough battery life.

The Galaxy S4 Mini price starts at around $ 300 while the Galaxy S5 Mini is expected to be priced around $ 400. 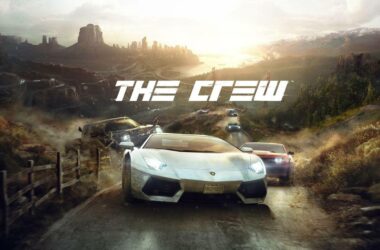